Be it in international cricket or at the IPL, a captain is always expected to lead from the front by scoring a breathtaking century, bowling an excellent spell or making some inspirational field placements to change the course of a game. The pro-activeness from the skipper naturally lifts the morale of the entire team and assists them in pulling off wins from seemingly improbable situations. That said, the captain of the side too was a normal cricketer when he first started playing, and it is only after gaining valuable experience and picking the brains of the best in the business that the man finds himself at the centre of everything now. With the IPL fever having reached its peak just in the 4th encounter itself, we attempt to pay our homage to some of the best captains in the league, who performed well both as a player and skipper. In the below piece, we look at 5 players to score an IPL century both as a captain and player: One of the sweetest strikers of the ball, the game had ever seen, Sehwag had scored 2 centuries in his entire IPL career. The first of the lot came as the captain of the Delhi side going against the Deccan Chargers during the 46th game at Hyderabad in IPL 2011. Chasing a competitive total of 176 set by the Chargers, Sehwag put his best foot forward, hammering 119(56) with 13 fours and 6 sixes, and assisted Delhi in winning the contest by 4 wickets and 6 balls to spare.

His next century came as a player during the Qualifier 2 between PBKS and CSK at Mumbai in IPL 2014. Batting first, the Punjab side posted a massive total of 226-6 in their 20 overs, courtesy a brilliant knock of 122(58) by Sehwag, studded with 12 fours and 8 sixes. The knock as it turned out, was the difference between the 2 sides, helping the Punjab side win the Qualifier and make their way into the final of IPL 2014. 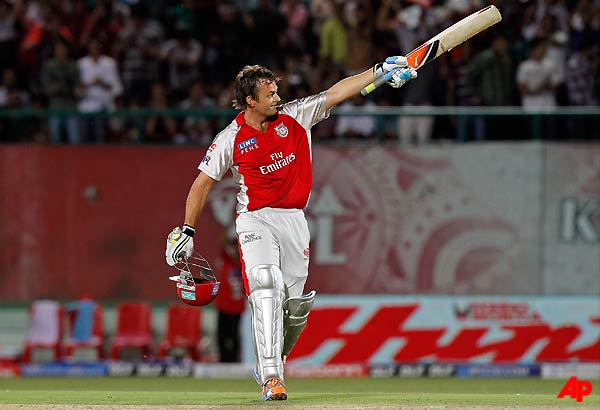 One of the best wicketkeeper-batsman to have graced the game, Gilchrist too had struck 2 centuries in his long IPL career. The first of which came during the 14th game between MI and  Chargers at Mumbai in IPL 2008, as a player. Chasing a par total of 155 set by MI, the Chargers in the abled presence of Gilchrist and Laxman achieved the target by 10 wickets and 48 balls to spare. The former led the batting charge with 109(47) which included 9 fours and 10 sixes, and thus, ensured an easy win for the Chargers.

The next and final century of the lot was chronicled during the 63rd game between PBKS and RCB at Dharamsala in IPL 2011, as a skipper. Batting first, the Punjab side posted a gargantuan total of 232-2 in their 20 overs, courtesy a wonderful century by Gilchrist, who scored 106(55), studded with 8 fours and 9 sixes. The stellar knock gave enough runs for the bowlers to defend, who demolished RCB for 121 and helped PBKS in clinching the contest by a huge margin of 111 runs. The mainstay in the current limited-overs set-up for India, Rahul has so far hammered 2 centuries in his blossoming IPL career. The first one came during the 24th game between MI and PBKS at Mumbai in IPL 2019, as a player. PBKS, while batting first posted an imposing total of 197-4 in their 20 overs, courtesy 100(64) by Rahul, a knock graced with 6 fours and 6 sixes. Unfortunately, it wasn’t enough to guarantee a win for Punjab as Pollard scored 83(31) to take MI home by 3 wickets.

The next century for Rahul came as the skipper of PBKS, going against RCB during the 6th game at Dubai in IPL 2020. Owing to the Karnataka batsman’s aggressive knock of 132(69) with 14 fours and 7 sixes, Punjab reached 206-3 in their 20 overs. As expected the target proved too significant as RCB were bowled out for 109, handing PBKS a comprehensive victory by 97 runs. 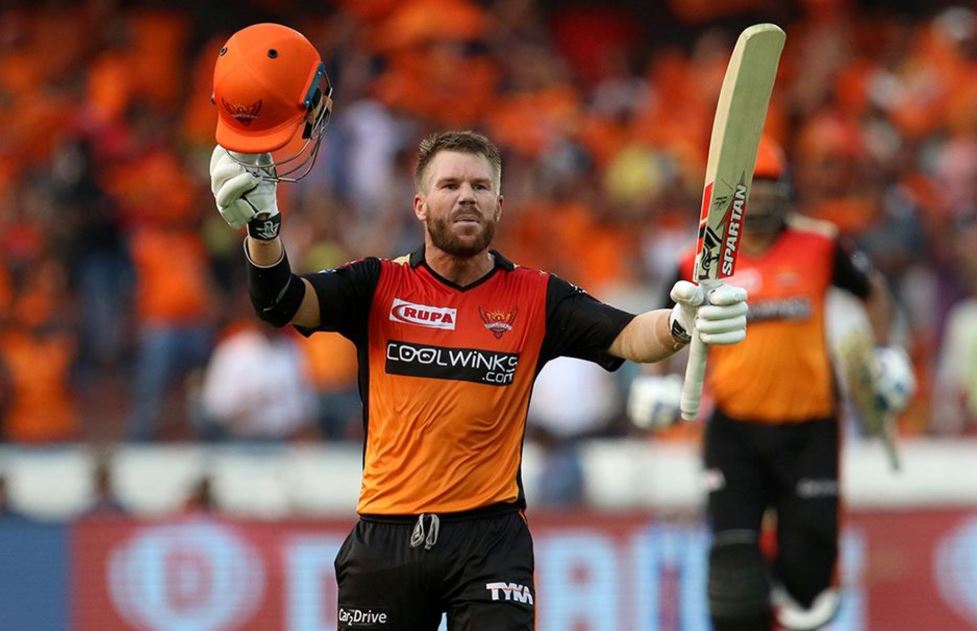 An attacking southpaw at the top of the order for Australia, Warner has as many as 4 centuries in his IPL career so far. The first century came as a player during the 26th game between DC and KKR at Delhi in IPL 2010. Courtesy Warner’s knock of 107(69) with 9 fours and 5 sixes, Delhi posted 177-4 in their 20 overs and later went onto win the contest by a convincing margin of 40 runs.

The second one, also as a player, came during the 55th game between Chargers and DC at Hyderabad in IPL 2012. Chasing a daunting total of 188, Warner with his fabulous innings of 109(54) with 10 fours and 7 sixes, ensured a Delhi victory by 9 wickets and 20 balls to spare, marking it a nightmare for the Chargers’ bowlers.

The third and the highest of the lot came during the 37th game between SRH and KKR at Hyderabad in IPL 2017, as a skipper of the home team. SRH while batting first, posted a massive total of 209-3, owing to a superb knock of 126(59) by Warner, who slammed 10 fours and 8 sixes in the process. The bowlers then added the final cherry on the cake, restricting KKR to 161-7 and winning the contest by 48 runs.

The final of the lot also came as a skipper during the 11th game between SRH and RCB at Hyderabad in IPL 2019. Courtesy superb centuries by openers, Warner and Bairstow, who scored 100(55) and 114(56) respectively, SRH posted a colossal 231-2 in their 20 overs and later went onto win the encounter by 118 runs, after dismissing RCB for just 113. A talented batsman from Kerala, Samson has hit 3 centuries in his IPL career so far. The first of the lot came as a player during the 9th game between DC and RPS at Pune in IPL 2017. Put into bat first, Delhi posted a massive total of 205-4 in their 20 overs, courtesy a fantastic knock of 102(63) by Samson, laced with 8 fours and 5 sixes. The effort ensured an easy win for Delhi in the end, who bowled out RPS for 108 and won the game by 97 runs.

The second in the lot also came as a player during the 8th game between RR and SRH at Hyderabad in IPL 2019. RR while batting first, posted a daunting total of 198-2 in their 20 overs, owing to a brilliant innings of 70(49) by Rahane and 102(55) by Samson, with 10 fours and 4 sixes. The batting display, unfortunately, went in vain as SRH chased the total down by 5 wickets and an over to spare.

The last and the biggest of the lot came yesterday as a skipper of RR, going against PBKS at Mumbai in the 4th game of IPL 2021. Chasing an imposing total of 222 set by Punjab, Samson with his momentous knock of 119(63) brought the equation down to 5 runs off 1 ball for RR. Having done pretty well before, the new skipper failed to clear the extra-cover boundary on the last ball and bestowed a simple catch to Hooda positioned there. PBKS pulled off a stunning win by just 4 runs, but the game will be remembered for Samson’s heroics, who also became the first player to score a century on his captaincy debut.