Rajasthan Royals Twitter handle is known for its witty and humorous tweets. They came up with one such funny tweet in which they shared a photoshopped image of Riyan Parag, on 16 April 2021 after he bowled with a sidearm action against the Delhi Capitals a day before. Riyan Parag bowled a sidearm delivery to Rishabh Pant in the 13th over of the first innings, which foiled the latter’s attempt at a boundary.

Riyan bowled a similar delivery to Chris Gayle in Rajasthan Royal’s first clash against Punjab Kings. He came to bowl the 10th over of the first innings when Gayle and KL Rahul had already played a few big hits. On his third ball of the over, he bowled with a sidearm action as Chris Gayle is strong again leggies.

@mipaltan fans will say this is photoshopped. 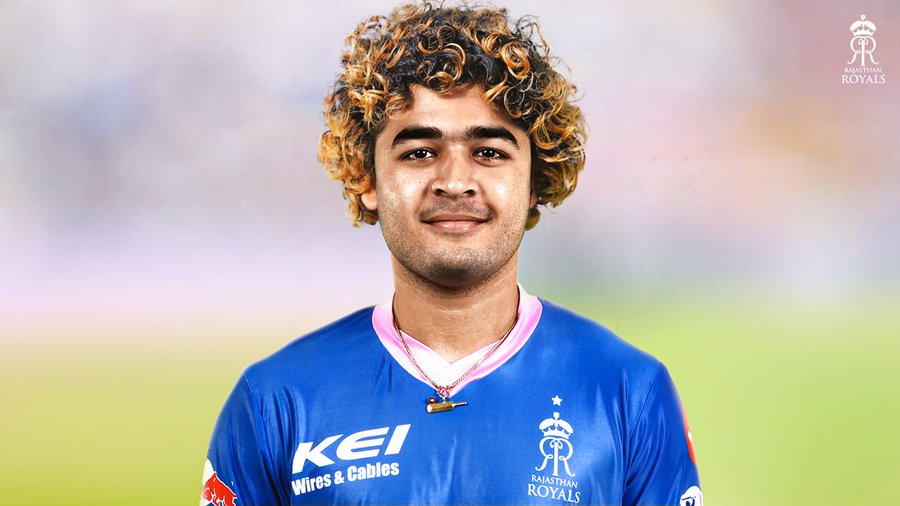 The fans came up with some equally humorous replies to this tweet by Rajasthan Royals. Here are some of the best fan reactions to this tweet:

A few fans replied by combining the names of Riyan Parag and Lasith Malinga. Two of them were Riyalinga and Lasith Parag.

In another tweet, a fan replied, “Malinga got a competitor,” to which Rajasthan Royals admin replied, “Indeed.”

Malinga got a competitor 🍜

Interestingly, a fan tweeted his own version of a photoshopped image of Lasith Malinga in which he coloured his hair pink. He captioned this image as, “Lasith Malinga supporting @rajasthanroyals with his hair colour.”

It would be interesting to see if Riyan Parag continues to bowl more of these sidearm bowls as Rajasthan Royals are all set to play their next game against the Chennai Super Kings on 19 April 2021.