Mumbai Indians‘ leggie Rahul Chahar gave a much-needed breakthrough to his team Mumbai Indians in the ongoing match against Rajasthan Royals by picking the crucial wicket of Jos Buttler.

The moment took place during the 7th over of the Rajasthan Royals innings. A ball prior to the dismissal, Rahul Chahar was smashed for a deep midwicket six by Buttler. However, Chahar came back brilliantly as he trapped Buttler by tossing the next ball up ever so slowly making Jos Buttler dance down the track.

And as expected Buttler fell into the trap as he failed to get anywhere near the pitch. The ball turned past his outside edge as he looked to smash it over midwicket but ended up missing it altogether.

Quinton de Kock did the rest by dismantling the stumps. The stumping brought an end to Buttler’s innings, where he survived as many as three times. During his knock, Buttler survived back-to-back close chances Jasprit Bumrah in the 4th over, however, he was eventually dismissed by Chahar after scoring 41 runs off 32 balls. 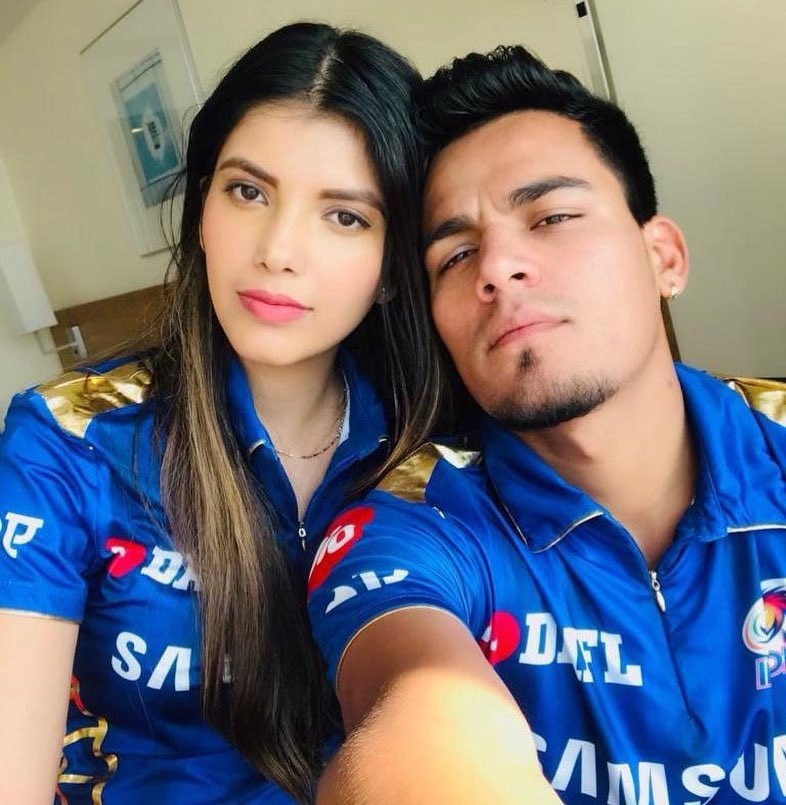 Meanwhile, as soon as Chahar dismissed Buttler, his girlfriend Ishani, who was present at the stands was chuffed to bits. She stole all the attention at that moment as she was cheering for her boyfriend after he provided his team with a crucial breakthrough. The video of the same has been going viral on social media with fans left in awe of the beautiful couple.

For the unversed, Rahul is dating Ishani for a long time now. The couple got engaged on December 13, 2019 in a small event, which was attended by his cousin and star pacer Deepak Chahar and model sister Malti Chahar. Though not much is known about his lady love, but the cricketer keeps sharing stunning pictures with her.