ICC has updated the ODI rankings recently and there have been a few changes in the rankings of the cricketers in the ODI format.  However, the biggest gainers have been the new Sri Lanka ODI and T20I skipper Sri Lanka’s Kusal Perera and bowler Dushmantha Chamira, who have made considerable gains in the latest. While Perera has moved up to 42nd place, on the other hand, Chamira has moved up to 27 places and is now in 33rd position. 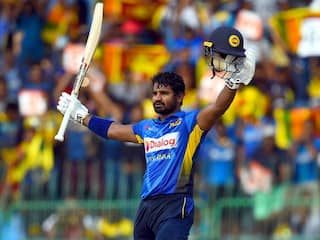 Chameera recently gave a stunning performance and picked his career-best haul of five for 16, which won him the Player of the Match award. Chameera and captain Perera have made gains, all thanks to their incredible 97-run victory over Bangladesh in the final match of their ICC Men’s Cricket World Cup Super League series.

Dhananjay de Silva is another Sri Lanka player to gain in the rankings. He moved up 10 places to 85th after a knock of 55.

The Indian skipper Virat Kohli and vice-captain Rohit Sharma have held onto their second and third spots in the ODI Batsmen Rankings. Apart from them, India’s bowling sensation Jasprit Bumrah has also maintained his fifth slot in the ODI Bowling Rankings.

Here, check out the rankings: