The inaugural edition of the ICC World Test Championship ended on a bitter note for the Indian cricket team as the Kiwis defeated them by 8 wickets to lift their maiden ICC trophy. India’s pace sensation Jasprit Bumrah had an unforgettable outing as he went wicketless in the high-voltage thriller against New Zealand.

While the cricketer has found himself under the scanner of critics and trolls on social media, his wife and popular sports presenter Sanjana Ganesan has found a way to cheer her husband. For the unversed, Sanjana Ganesan is also in England and was working behind the scenes with the host broadcasters Star Sports for the coverage of the game.

The Indian cricket team now has a break of three weeks before they assemble in London ahead of their first Test against England in Nottingham. Jasprit is now spending some quality time with his wife Sanjana Ganesan, who also gets a break from her broadcasting duties.

And Sanjana found a perfect way to cheer her husband’s mood by cooking up a romantic meal for Bumrah at the team hotel. Sanjana took to her social media and shared an image of the meal in her Instagram story. Sharing the picture, Sanjana captioned it as: “Made with love”

Here, check out the image shared by Sanjana Ganesan in her Instagram story: 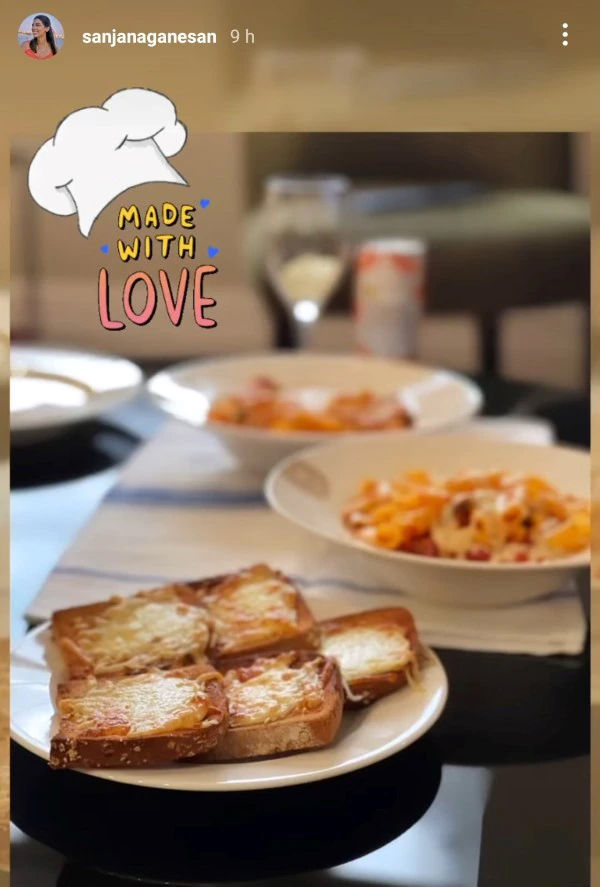 Talking about Jasprit Bumrah’s performance, the pace sensation was among the finest performers for team India in the WTC campaign, where he picked 34 wickets in 10 matches at an average of 24.08. However, the pacer went wicketless in the final against the Kiwis.