The Indian skipper Virat Kohli is hailed as one of the modern legends of the game, especially when it comes to the longest format of the game, he is a beast with the bat. Kohli is currently playing the biggest Test match of his career as he is leading the Indian cricket team in the ongoing World Test Championship Final against New Zealand at the Ageas Bowl, Southampton.

On Saturday, as the Indian skipper walked out for the WTC Final against New Zealand at the Ageas Bowl, Southampton, he achieved yet another feat in the cricket world and entered his name in the history books.

Not just Kohli entered his name in the history books but also surpassed the record of none other the legendary Indian skipper MS Dhoni to become the most capped Test skipper from Asia. Virat Kohli, who is hailed as one of the most successful skippers in the history of Test cricket surpassed MS Dhoni as he made his 61st Test appearance in the longest format as the skipper of India.

Besides this, Kohli also became the first player in the cricket world to feature in the ICC tournament finals in all three formats of the game. He has also appeared in the CC U-19 World Cup final in 2008 winning the trophy for India and the 2013 and 2017 Champions Trophy final. 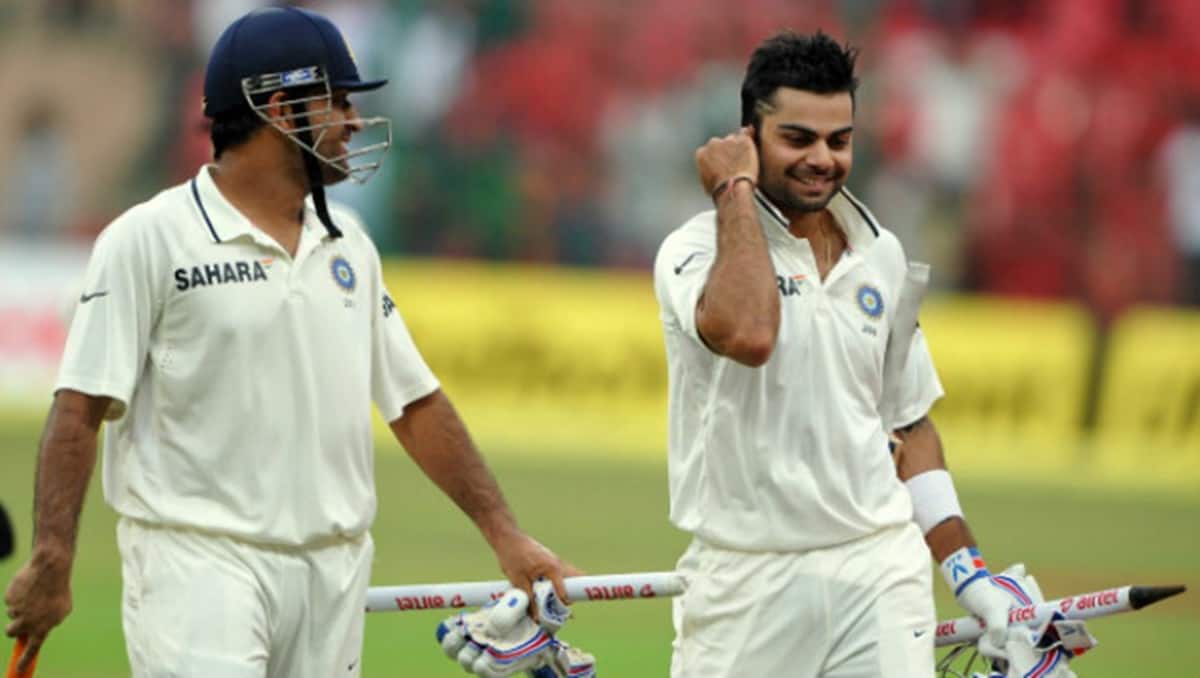 Meanwhile the Kohli-led team India had a rough day at work on Day 3 of the ongoing World Test Championship. The Indian side gave a target of 217 runs to New Zealanders after the first innings and it won’t be wrong to say that the New Zealand cricket team holds the edge. The trail is just over 100 and they still have 8 wickets in their pocket.

Talking about Day 4, Lunch was taken on Day 4 without a ball being bowled as rain continued to play a spoilsport.

This Video Proves 'All Is Well' Between Kohli And Rohit