Former Indian cricketer Gautam Gambhir has once again created a stir on social media after he decided to change his Facebook cover picture and uploaded an image of himself from the 2011 World Cup final on Wednesday. However, what triggered everyone was the cover picture modification coincided with former India captain MS Dhoni’s 40th birthday.

Yes, MS Dhoni is celebrating his 40th birthday today and wishes and tributes are pouring in from all the corners for the legendary skipper. While the complete cricket fraternity and fans wished Dhoni on his birthday, Gautam Gambhir decided to do something which hasn’t gone down well with the fans of MS Dhoni. 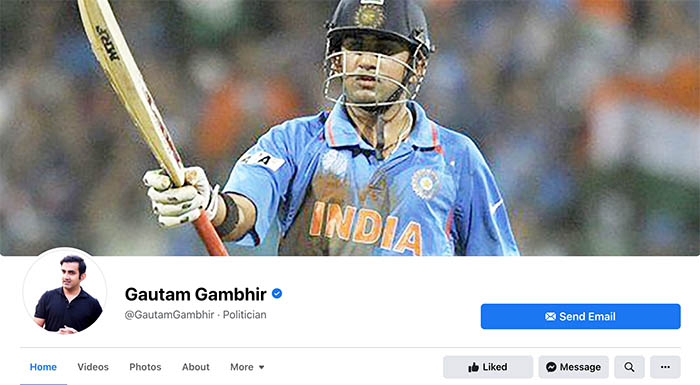 For the unversed, both MS Dhoni and Gautam Gambhir played iconic and crucial knocks for team India in the 2011 World Cup final to help India win the title after a gap of 28 years. While MS Dhoni finished off the job with an unbeaten 91 runs, on the other hand, Gambhir smashed a brilliant 97.

While Dhoni’s winning six off Nuwan Kulasekara to win the WC trophy has achieved iconic status, however, on the other hand, Gambhir has always felt that his knock of 97 runs hasn’t been accorded due respect as people still remember the World Cup 2011 win with that iconic shot.

Gambhir has always been outspoken in suggesting how the efforts of each person and each run helped team India win the cup and no single knock should be credited for that win.

Infact, it was last year when Gambhir slammed ESPNCricinfo for a social media post on the 9th anniversary of India’s World Cup where the sports website had mentioned the iconic winning six of MS Dhoni. Gambhir had said:

“Just a reminder @ESPNcricinfo: #worldcup2011 was won by entire India, entire Indian team & all support staff. High time you hit your obsession for a SIX.”

Just a reminder @ESPNcricinfo: #worldcup2011 was won by entire India, entire Indian team & all support staff. High time you hit your obsession for a SIX. pic.twitter.com/WPRPQdfJrV

Now once again, Gambhir has triggered the fans with his latest actions and is getting brutally trolled for the same on social media.

Here, check out the reactions of netizens on this:

Make Dhoni the Sports Minister and invite Gambhir for swearing in. 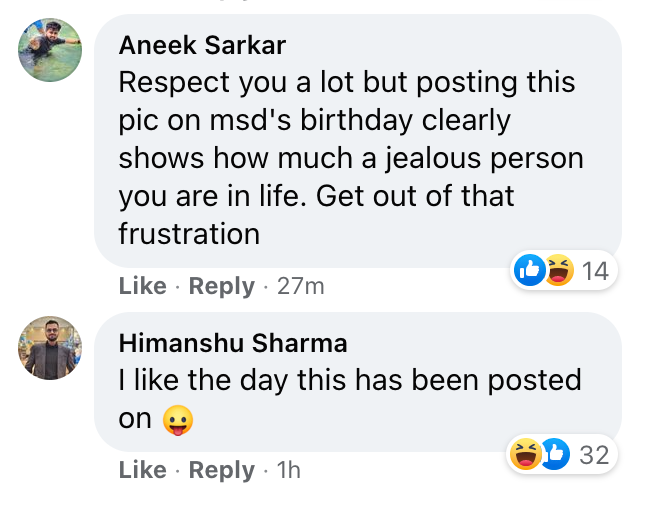 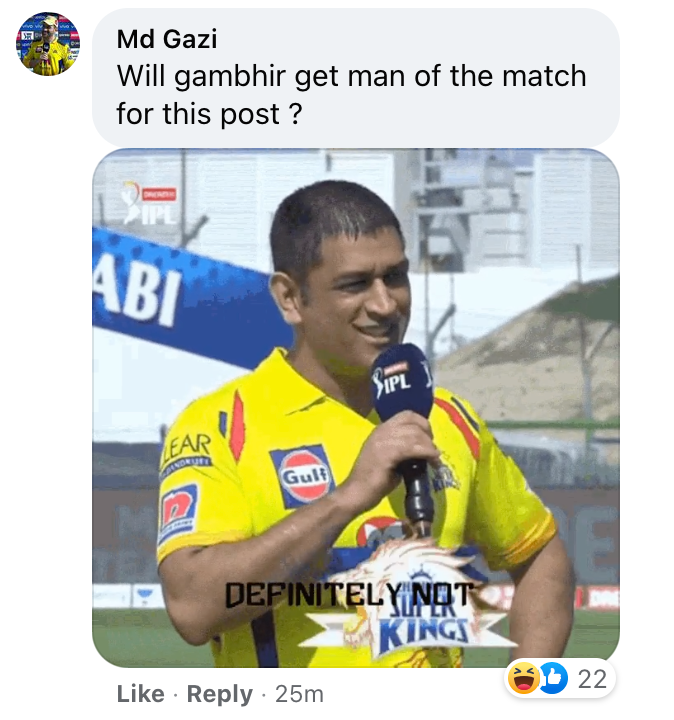 What Gambhir has done is nothing but petty. Another day, another time, my hate for him is justified by GG himself. Shameless fella.

Shameful feeling only. I hoped that gambhir cover picture change is fake but went and checked FB. It is true

Gambhir in his living room whenever Dhoni gets plaudits. pic.twitter.com/12q1HHyLmB

Someone ask Gambhir to get a life seriously ?

Updating his FB cover with the 97 innings on MSD’s birthday, no coincidence imo?
This guy really has nothing to do in his life.