Legendary Indian cricketer MS Dhoni and Bollywood actor Ranveer Singh were recently spotted playing a friendly football match on Sunday for the All-Stars Football club at a stadium in Mumbai. MS, who has been staying away from any form of competitive cricket excluding the Indian Premier League, loves playing football during his off time.

The CSK skipper was seen in action during the charity game which had a number of celebrities and sports personalities including Shreyas Iyer, Ranveer Singh, and others. Pictures and videos from the friendly game have been going viral on social media.

#RanveerSingh and #MSDhoni were clicked in an awesome mood at the All Stars Football practice this evening. pic.twitter.com/Q5HY5lYPBZ

Ranveer was spotted hugging the CSK captain on a couple of occasions. Later, after the match, the Bollywood superstar took to his social media and paid a heartfelt tribute to the legendary cricketer.

Ranveer Singh, who is a huge cricket fan, shared a picture of himself sitting alongside Dhoni and holding his feet as Dhoni gets ready to take the field. However, it was the caption of the post that stole all the attention on social media.

Sharing the candid picture on his Instagram story, Ranveer Singh wrote: “Bade Bhai ke charbon mein hamesha”. He also wrote, “My jaan” with a heart emoji and tagged Dhoni in the same post.. 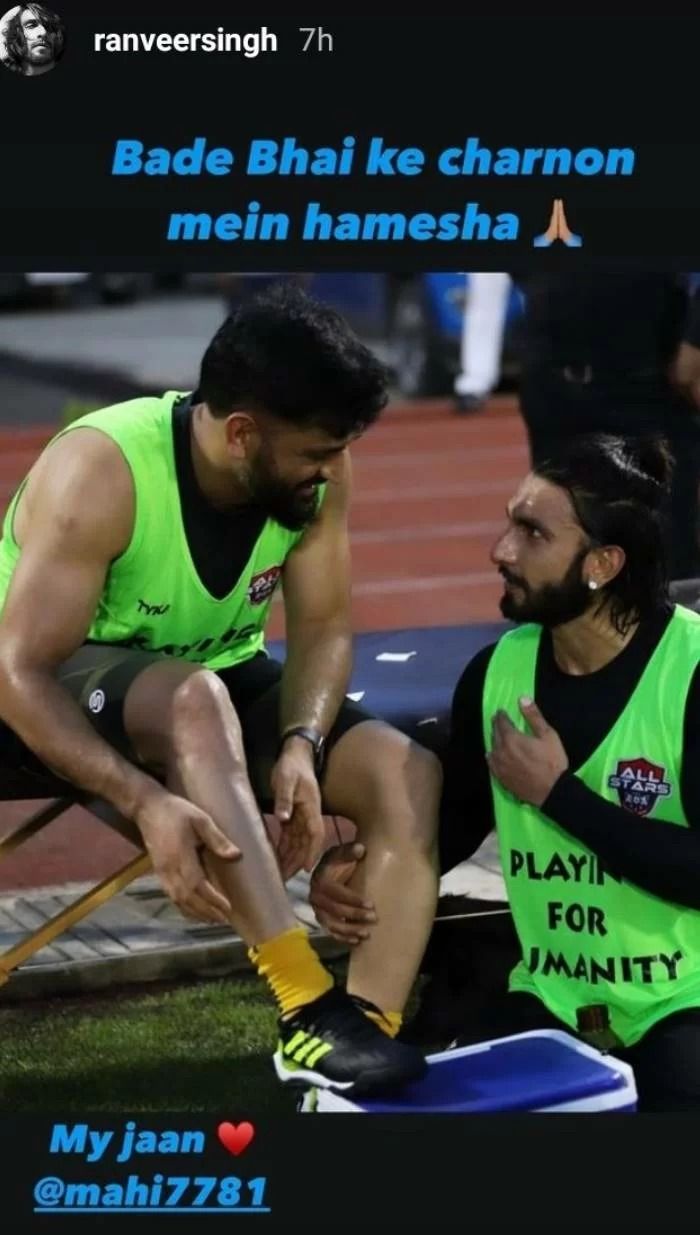 The actor also shared another post with Dhoni on Instagram where they both can be seen flashing their charming smiles for the camera. Here, check out the post: 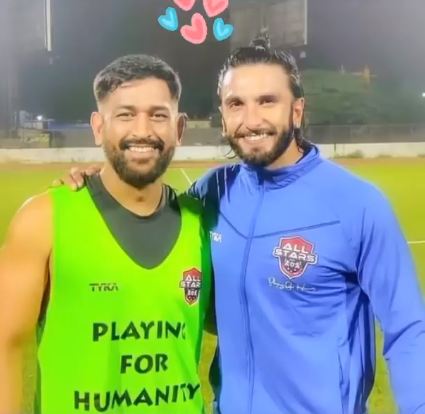 Ranveer also shared a hilarious picture with Iyer with a cheeky caption, that read: “There was no other way to stop him” 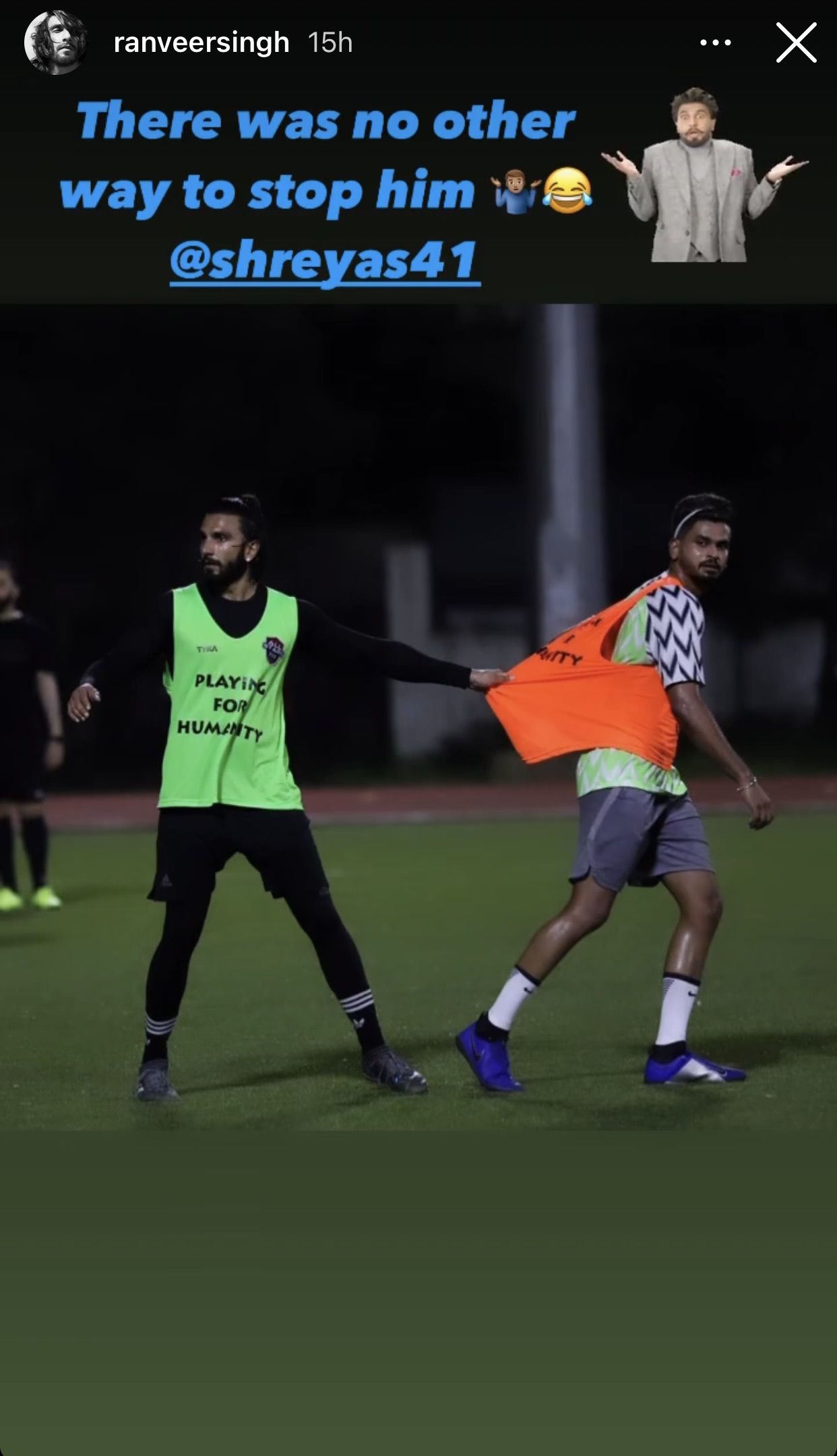