Former Indian cricketer, Wasim Jaffer is known for his hilarious sense of humor on social media apart from his batting heroics during his career. He is very active on the micro-blogging site, where he entertains the fans with hilarious memes and jokes. As has been the case for quite some time now, Jaffer was at it again as he shared a hilarious meme after the Indian cricket team defeated Sri Lanka in the 2nd ODI match.

Team India-led by Shikhar Dhawan registered a memorable win over Sri Lanka in the 2nd of the 3-match ODI series, taking an exceptional lead of 2-0 in the series.

In the 2nd ODI match, while the top-order of the Indian squad failed to fire up, on the other hand, India’s middle and lower order players including the likes of — Suryakumar Yadav, Deepak Chahar, Bhuvneshwar Kumar, impressed one and all with their stunning performance. However, Deepak Chahar turned out to be the hero of the game as he gave an exceptional performance to take team India to the winning side. 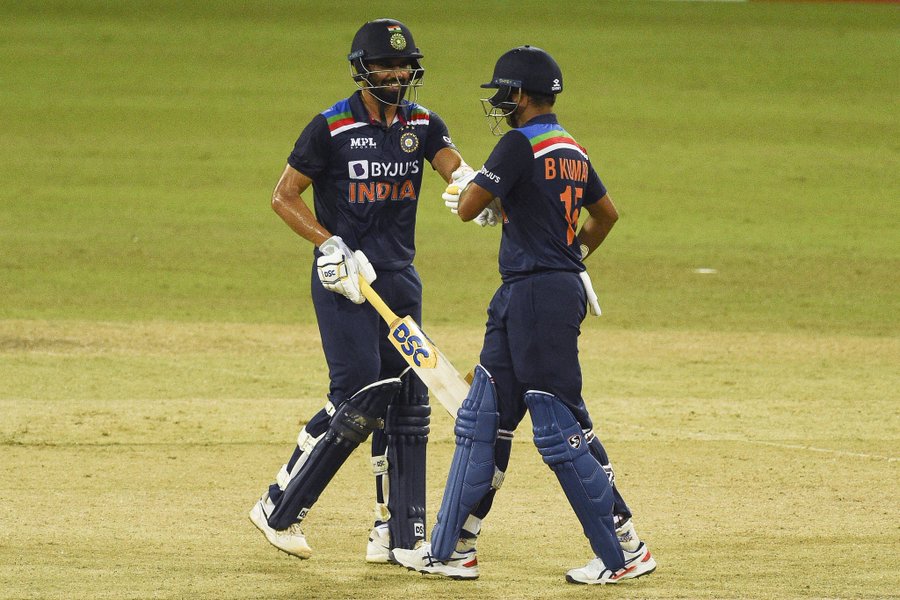 Chahar soaked in all the pressure and kept his cool and played a match-winning knock of 69 runs to help India seal the series with a match to go. During his knock, he played some brilliant shots and formed an amazing partnership of 84-runs with Bhuvneshwar Kumar.

Both Bhuvi and Chahar smashed the spinners and attack the pacers of Sri Lanka, who eventually crumbled under pressure.

After the match, Wasim Jaffer took to his Twitter and hailed the brilliance of Deepak Chahar and Bhuvneshwar Kumar with the help of a hilarious meme. In his tweet, he shared a popular meme of ‘Hindustani Bhau’ while expressing the dominance of Deepak and Bhuvi during the game. Sharing the image he wrote: