Indian star opener Rohit Sharma saved a crucial wicket for the Indian cricket side by coming to KL Rahul’s rescue in the ongoing second innings of the 3rd Test match at the Headingley Cricket Ground, Leeds. As the game began on Day 3, the Indian side picked up England’s remaining 2 wickets early to bowl out the hosts for 432 runs as conceded a 354-run lead in the first innings.

Indian openers KL Rahula and Rohit Sharma batted cautiously against the swing sensation James Anderson and Ollie Robinson in overcast conditions in the second innings. Rohit and Rahul have a huge mountain to climb ahead of them and both of them need to form a solid partnership to take it session by session in order to survive and form a base for the middle-order.

While they are batting cautiously, Rohit Sharma’s judgment helped team India by saving a crucial wicket for them. The incident took place on the fourth ball of the 9th over off Ollie Robinson’s delivery. Robinson hurled across a length delivery around the off pole, the ball hit the deck and nipped back in sharply. Rahul wanted to defend this one however the ball missed his willow and went onto ping his pad.

The England cricket team appealed for the wicket and the finger went up this time against KL Rahul. Yes, the umpire gave KL Rahul out, even Rahul was convinced that he is out but Rohit was persistent and almost forced Rahul to go upstairs. With only one second left in the DRS timer, Rohit made him take a review, and fortunately, he survived. 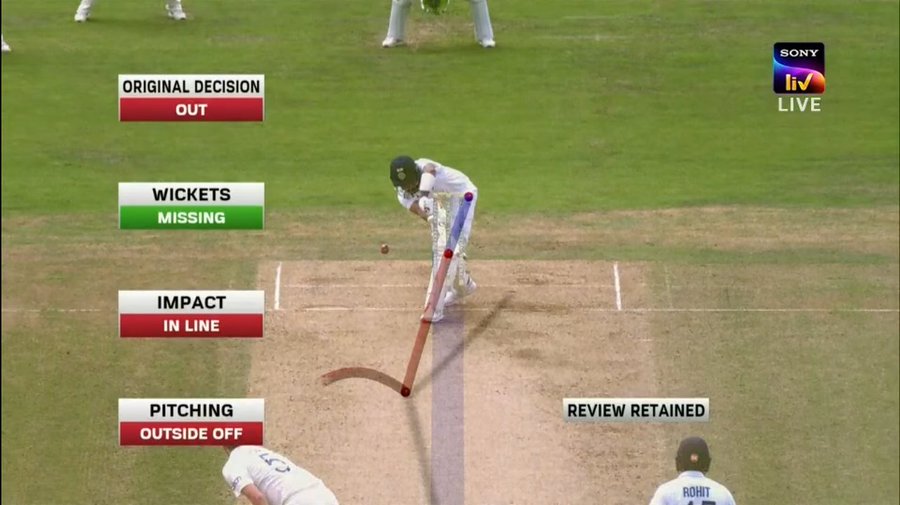 Meanwhile, fans on social media are all praises for Rohit Sharma as his presence of mind and judgment saved a crucial wicket for India. Here, check out the reactions of Twitterati on this:

It's missing and he survives, KL Rahul took the review in the last second.

Rohit Sharma pushed KL Rahul to take the review in the final second and saved the important wicket for India.

Fans Are Slamming KL Rahul For His Disappointing Performance