Former Indian cricketer Suresh Raina is one of the finest cricketers to have ever played for India. He has tormented the opposition many times with his stunning batting skills, his fielding masterclass and with his ability to bowl handy off-spins.

Lately, the cricketer has been receiving praises from all corners after the release of his book “Believe: What Life and Cricket Taught Me”. The book is filled with many hilarious and heart-warming moments from Raina’s journey with the Indian cricket team.

In his book, Suresh Raina looked back on a hilarious incident, where an air hostess came up to Sachin Tendulkar for an autograph. However, when she turned to Raina, she mistook him for Sachin’s son, Arjun Tendulkar. She said: “Hi Arjun, How are you? How is your mom?”

And before Raina could clear her doubt, the Master Blaster decided to have some fun. Sachin said that both of them are doing fine but his wife Anjali was upset with him (Arjun) for not focusing on his studies lately. 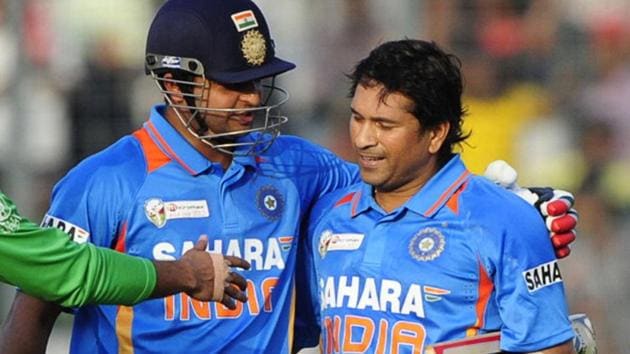 Raina further revealed that it was much later that the air hostess realized her mistake. It was when she saw someone clicking a picture with Raina, she realized that he wasn’t Arjun Tendulkar but an Indian cricketer himself. She even returned back to them to apologize. Although Raina said that it was okay, but she evidently was embarrassed.

Meanwhile, Suresh Raina will be further seen playing for his team Chennai Super Kings in the second leg of the IPL 2021, which was suspended mid-way because of the outbreak of COVID-19 in the bio-bubble.

Raina played some crucial knocks in the first half of the season and as a result, CSK was sitting at second position in the points table, having won 5 of their 7 games. The second half of the IPL 2021 will kickstart on September 19 in the UAE.