Rishabh Pant has been on a roll for the past few months. Ahead of the Australia tour of 2020, there were debates over who should take the gloves for India in Test format – Wriddhiman Saha or Rishabh Pant. However, Pant impressed one and all with his fearless batting performances and has emerged out as the first-choice keeper in the longest format of the game.

Meanwhile, in a press conference, ahead of the 5-match Test series against India, Anderson recalled the outrageous reverse sweep that Pant played against him earlier this year.  It happened on Day 2 of the 4th Test match between the India vs England series in Ahmedabad when Rishabh Pant had reverse swept Anderson over the slips and left everyone stunned. 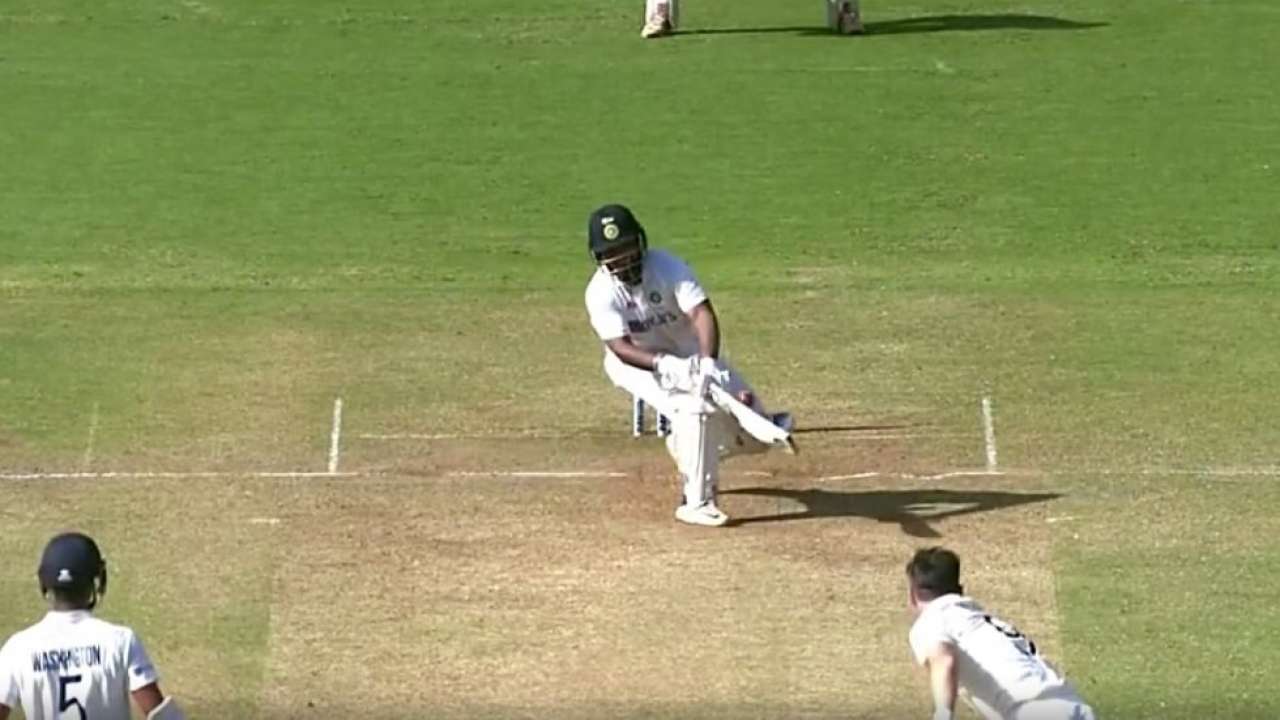 Praising Rishabh for that shot, Anderson said that someone like Sourav Ganguly would never have attempted something like that. He said:

“Use Rishabh Pant as an example, reverse sweeping me in the last tour of India with a new ball and you never see Sourav Ganguly do that.”

“So, it is something that is exciting to see, it is a different challenge as well for bowlers, when you get this sort of style of player who is not afraid to go over the top in Test cricket, or play extravagant shots. I think it is great for the viewer at home to watch,”

Further in the presser, Anderson claimed that every Indian wicket is important to them, considering the talent and role of each batsman. Anderson believes that team India has a very strong throughout batting order. He said:

“India have a very strong batting line up and as an opposition you don’t want to single out players because they have quality batsmen right throughout.

“Kohli is obviously an important wicket since he is the captain and the positive influence he has on the team. Pujara is someone who can stay at the crease for long time and holds things together. So yes, he’s an important wicket.”

“But if you look through the whole squad, the guys who are going to miss out have huge quality and it’s very difficult to single one batsman out. We have got to make a plan for everyone and every wicket is important,”

Meanwhile, the first Test match between India and England will kickstart from today, at Trent Bridge in Nottingham. It will be interesting to see if team India bounces back stronger into the series.