The England skipper, Joe Root played a captain’s knock and led his team from the front on the first innings of the ongoing second Test match against the Virat Kohli led India. With his unbeaten knock of 180 runs, Joe Root proved why he is hailed as one of the modern-day legends of the game.

Root batted for the entire day and single-handedly kept his team in a comfortable position. All thanks to his knock, his team was able to take a 27-run lead. 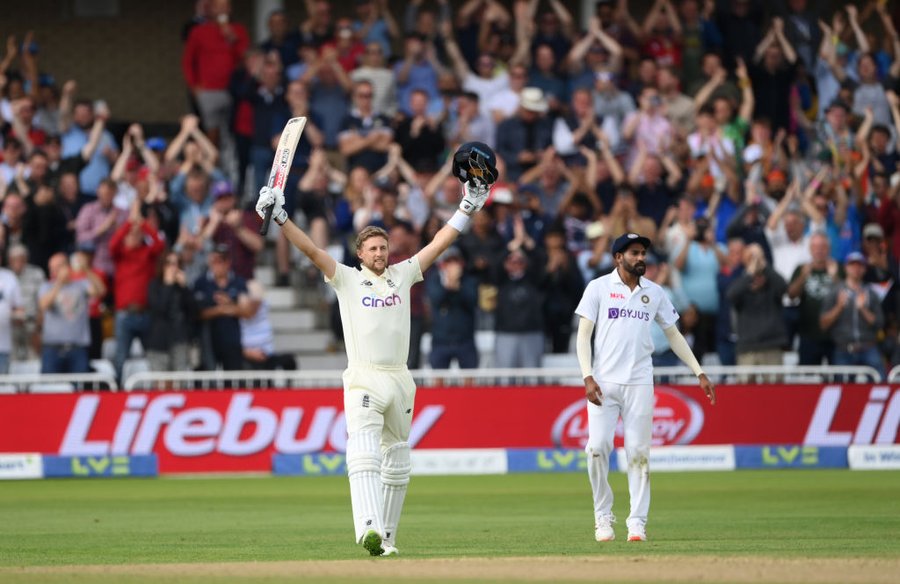 Meanwhile, the skipper has been receiving praises from all corners for his sensational knock. Among many, Bollywood’s infamous celebrity KRK also showered praises at him, however, he also insulted the Indian skipper.

For those who don’t know, Kamaal R Khan is one of the most controversial celebrities in the Bollywood industry. The self-proclaimed critic always manages to hog the limelight with his controversial tweets and opinions about other celebrities.

Because of his controversial opinions, KRK finds himself at the receiving end of trolling and online bashing. And recently he was at it again and this time, he tried to take a dig at the Indian skipper.

On Saturday, KRK took to his Twitter to appreciate the brilliant innings of Joe Root. However, while doing so, he also insulted the Indian skipper by calling him a ‘drama’ captain. He wrote:

“Congratulations @root66 for brilliant inning. You are the real captain unlike our drama captain #Kohli. #ENGvIND”

Congratulations @root66 for brilliant inning. You are the real captain unlike our drama captain #Kohli. #ENGvIND

The tweet went viral in no time and was soon flooded with comments from the fans to it. Well, the fans obviously didn’t like KRK taking potshots at Virat Kohli and started trolling him brutally for the same.

Here, check out how Twitterati are trolling KRK for his Tweet:

Btw brilliant actor you are . You are real actor unlike our selmon bhoi