Legendary Indian cricketer Sunil Gavaskar expressed his disappointment with the Indian skipper Virat Kohli and Mohammed Siraj losing two of the three available reviews in a gap of a few balls on Day 2 of the ongoing 2nd Test match at the Lord’s Stadium.

It is no secret that the Indian skipper has been highly unlucky with his DRS reviews. On both occasions, Siraj hit England skipper Joe Root on the pads and he vociferously appealed to the umpire, however, his appeals were denied by the umpire. But Siraj was sure of the wicket and hence he forced Virat into taking reviews, on both occasions. However, both the reviews turned out to be against Siraj’s favor. 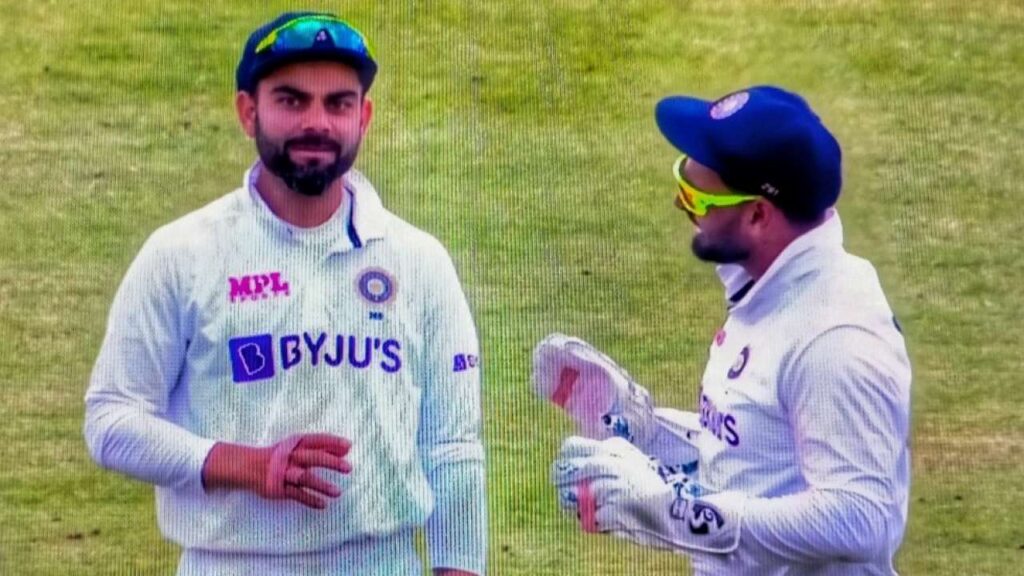 Infact, on one of the occasions, Indian wicketkeeper-batsman Rishabh Pant tried his best to convince the Indian skipper, asking him not to go with the review but the skipper listened to Siraj and decided to go for the review.

Disappointed with his DRS decisions, Sunil Gavaskar, while speaking on the Sony Sports Network, said that he feels the wicketkeeper’s opinion should be taken into consideration by the skipper and shouldn’t be forced in by the bowler. He said:

“I believe only the wicketkeeper should decide whether it’s worth going for a DRS, because every bowler thinks the batsman is out. Similarly, a batsman when given out LBW thinks he might be not out. The first one was a bit close, but on the second appeal, Rishabh Pant was constantly saying ‘don’t take it, don’t take it,’ but at the last second, Kohli reviewed,”

Gavaskar feels that Kohli was tempted by the fact that the batsman in concern was Root and India was desperately in need of his wicket. He said:

“If you have to take the review, you need to think what the situation and who the batsman is. Virat Kohli probably thought that if India can get Joe Root early, we can get the rest of the batsmen out quickly,”

Meanwhile, talking about Joe Root’s performance, the skipper of the England cricket team gave a stunning performance and dominated the Indian bowlers throughout the day. He remained unbeaten till the last ball of the innings and played an amazing knock of 180 runs.