The chairman of Mahindra Group, Anand Mahindra hailed the Indian cricket team and the stunning comeback they made on the final day of the fourth Test match at the Oval to take a lead of 2-1 in the 5-match Test series.

The ongoing series between India and England has been nothing less than a rollercoaster ride. After registering a humiliating defeat in the third Test at Headingley, the Indian cricket team made a solid comeback in the 4th Test match. The Virat Kohli-led side registered their first win at The Oval in 50 years as they defeated the England cricket team in the 4th Test match.

The Indian bowlers were rightly the protagonists of this victory as they put up a stellar show to bring the Indian side back to the game. Jasprit Bumrah, Shardul Thakur, Ravindra Jadeja, and Umesh Yadav took charge of the game as they chipped in wickets at regular intervals to derail England’s innings. 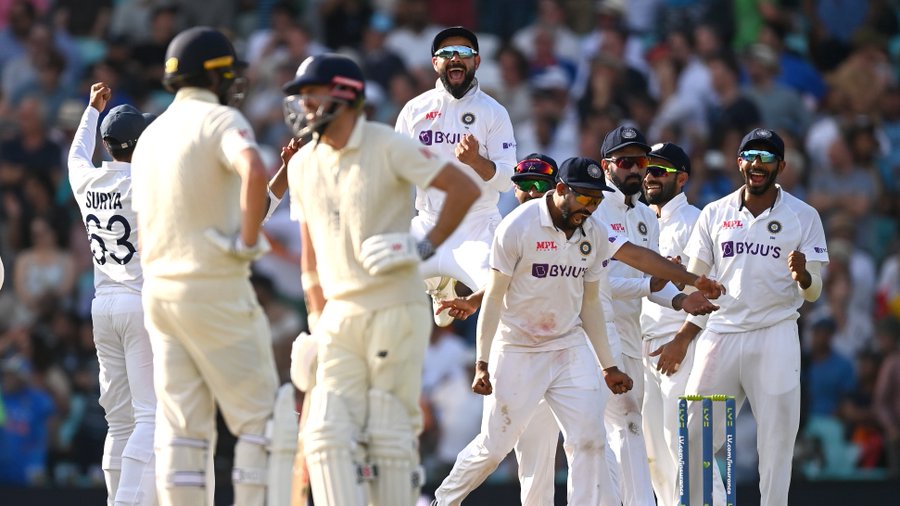 Indian cricket fans were elated by the victory of the Virat Kohli-led side and social media has been buzzing with amazing reactions from the fans, who just can’t stop praising the brilliant performance given by the Indian cricketers.

Among many, the business tycoon Anand Mahindra, who is very active on social media also took to his Twitter and hailed the Indian cricket team for their brilliant performance in the 4th Test match. In his Tweet, Mahindra expressed how the comeback was an amazing display of self-confidence and aggression. He also thanked India for repaying our faith in them. He wrote:

“And the comeback was an amazing display of self-confidence & aggression! Thank you #TeamIndia for repaying our faith in you. We proudly sit right next to you on this roller coaster ride! #INDvENG”

And the comeback was an amazing display of self-confidence & aggression! Thank you #TeamIndia for repaying our faith in you. We proudly sit right next to you on this roller coaster ride! #INDvENG https://t.co/KO93Xe6cDu