Sourav Ganguly and Ravi Shastri are two of the most popular names in Indian cricket. From speaking against each other publicly to making some confrontational statements, they have often been in the news over their love-hate relationship. 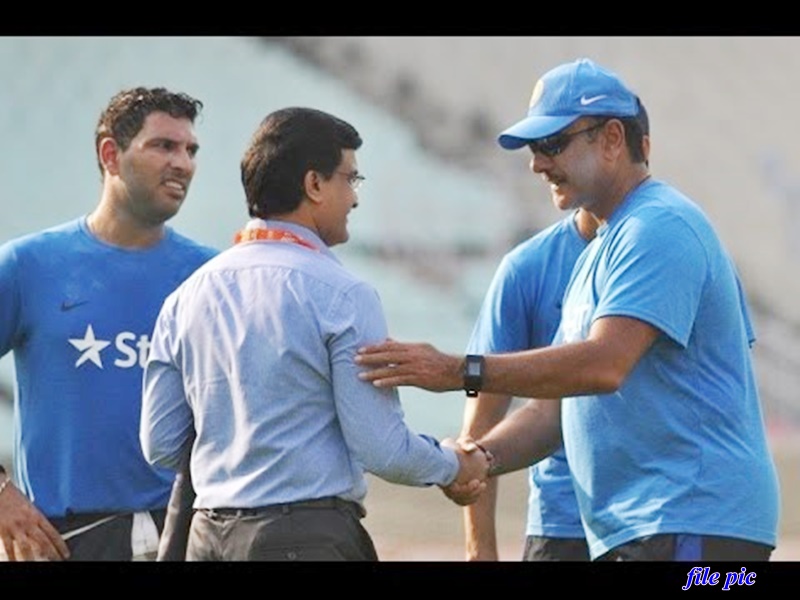 Now, in an exclusive conversation with Times Network’s Group Editor Navika Kumar, Indian head coach Ravi Shastri opened up about his equation with the BCCI president Sourav Ganguly. During the conversation, Shastri talked about the infamous bus incident where he had reportedly not allowed Ganguly to board the bus as he was late.

When Shastri was asked about the incident, he said: “If someone comes late for the bus, the bus will go, doesn’t matter who he is – it just happened to be Sourav that day”

Further, Ravi Shastri was also asked if Sourav Ganguly holds it against him as the BCCI’s president. Responding to this, Shastri said:

“Absolutely not. I just had a chat with him when he was here (in England). I have watched a lot of his cricket. In fact, he played in the same team as I did (Tata Steel). I played for Tata steel as captain and he played under me. We go a long way. “

“The media love these stories. They love this bhel puri & chat, and will make nice masala out of it. I also enjoy these stories a lot,”

'If someone comes late for the bus, the bus will go …. doesn't matter who he is – it just happened to be Sourav that day'

For the unversed, the “infamous” incident took place in 2007 when Sourav Ganguly was still an active player in the Indian cricket team and Ravi Shastri was the manager of the team. When Ganguly was asked about this incident, he simply denied it by saying that it never happened. He even joked that one should not interview Shastri in the morning. He said:

He added: “But don’t interview him in the morning, do it in the evening he will be able to recall things better.”

5 Cricketers Who Debuted Before 2004 And Are Still Playing