Eoin Morgan led Kolkata Knight Riders kickstarted the second leg of the Indian Premier League 2021 with a bang. They won only a couple of matches out of the five in the Indian leg of this season, however, they have so far won three of the 4 games they have played in the UAE leg of the tournament.

They are currently sitting in 4th position at the points table of IPL 2021, having won 5 games off the total 11 games they played in the tournament. So far, there have been a lot of positives for the franchise, including the big revelation of Venkatesh Iyer for the franchise, however, the captain Eoin Morgan has been disappointing. 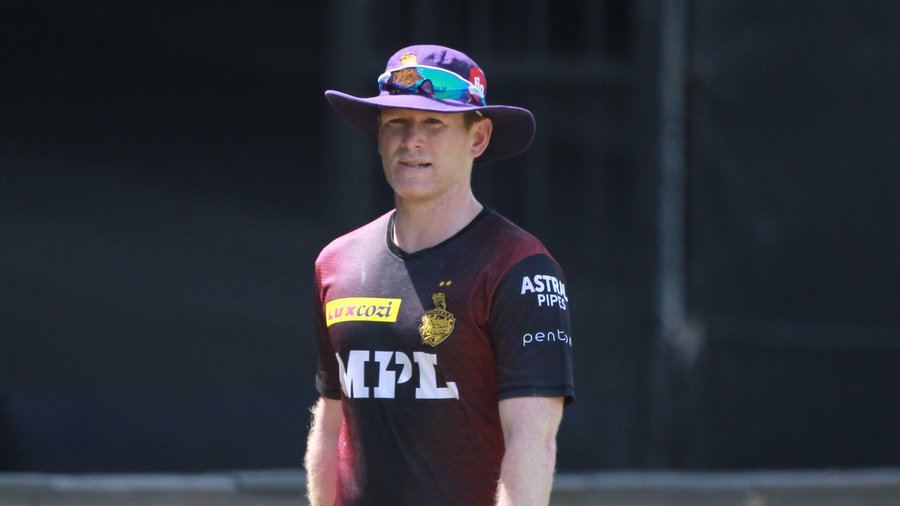 It has been a really poor season for the KKR skipper Eoin Morgan so far. He is yet to make a mark with the bat as he has been unable to score any runs. Morgan can be clearly seen struggling with the bat through the second leg, however, the fact that his team is doing good has made things easier for him.

So far, Morgan has scored only 92 runs in seven innings crossing the 20-run mark only twice. As Kolkata Knight Riders are currently locking horns with Punjab Kings in the ongoing match at the Dubai International Stadium, Eoin Morgan has once again failed to contribute with the bat as he was dismissed cheaply by Mohammed Shami for 2 runs only.

Meanwhile, fans on social media aren’t really happy with the KKR skipper and are criticising him for his poor batting show. There were many who came up with hilarious memes and jokes while trolling the KKR skipper.

Here, check out how Twitterati are trolling Eoin Morgan:

Eoin Morgan angry on Shami for targeting his stumps. Clearly not in spirit of a high scoring match. #IPL

Krunal pandya sitting in his hotel room and shouting at eoin Morgan for copying his batting style and scores! 🤣 #Morgan #PBKSvKKR pic.twitter.com/2reQB0hOdh

With this sort of form, Eoin Morgan should become England's mentor in T20 World Cup.#IPL2021

Eoin Morgan is a liability

Eoin Morgan need to drop himself for the betterment of KKR.!Yes KKR is performing well in the 2nd leg & V.Iyer need to get lot's of credit for this.! Serious talent.!

Would shift to right hand after watching Eoin Morgan https://t.co/is1ktTJ1Oh

If throwing Wicket is an Art
Eoin Morgan is Picasso of it !#PBKSvKKR