The Indian Premier League has been entertaining cricket fans around the world for the past 13 years. Over all these years, the fans have witnessed some insane and unforgettable power-hitting performances from franchises in IPL. However, the league also records some horrible batting collapses over the years. There have been times when franchises have lost the plot while aiming for the big scores.

Here, in this article, we bring you 5 lowest scores in IPL history, have a look: 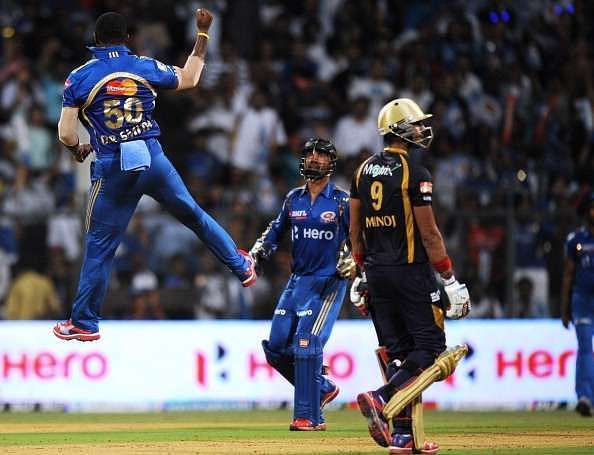 Mumbai captain Sachin Tendulkar won the toss and opted to bowl first. Coming out to bat first, KKR failed to get momentum throughout their knock and kept losing wickets at regular intervals. Chasing the low target of 67 runs, Mumbai Indians took just 5.3 overs to knock off the total. Also, Sanath Jayasuriya played a stunning knock of 48 runs off 17 balls to help his team win the match.

Delhi Capitals (earlier Delhi Daredevils) is doing great in the ongoing edition of the Indian Premier League and are currently sitting at the top of the points table. However, they have seen some really tough seasons in the IPL, one of those seasons being 2017, where they scored one of the lowest scores in the IPL history.

Well, in a match against Kings XI Punjab, Delhi batters struggled to get a start as KXIP’s bowler Sandeep Sharma gave nightmares to DD’s batsmen. He bowled 4 overs, where he gave away only 20 runs and picked up 4 crucial wickets. He along with other bowlers didn’t let Delhi batsmen get momentum throughout their innings.

As a result, Delhi Daredevils was bowled out after scoring only 67 runs. Later, while chasing the total of 68 runs, Punjab’s openers Hashim Amla and Martin Guptill gave a stunning performance and won the match by 10 wickets.

Riding on Lendl Simmons and Kieron Pollard’s stunning knocks, Mumbai posted a huge total of 212 runs for Delhi. However, Delhi failed miserably to chase the target. In only a week’s time, with mostly the same players, Delhi scored yet another lowest score. They were bowled out for 66 runs.

After winning the inaugural edition in 2008, Rajasthan Royals had started the 2009 season in the most bizarre way. Kevin Pietersen led Royal Challengers Bangalore couldn’t post a huge total on the scoreboard. However, what followed was completely unexpected as Rajasthan Royals were bowled out for just 58 runs. They recorded the lowest ever total in the league, until 2017 when this record was broken by Virat Kohli-led Royal Challengers Bangalore.

This match between Royal Challengers Bangalore and Kolkata Knight Riders, 2017 has to be one of the most bizarre games in IPL history. Chasing a total of 131 runs, RCB failed miserably. KKR’s trio of Woakes, Coulter-Nile and de Grandhomme took three wickets each while Yadav got one wicket. In an embarrassing show, none of the power-hitting batsmen of RCB  managed a double-digit score and they were bowled out for just 49 runs.

Top 5 Batters With Most Sixes In T20I Format