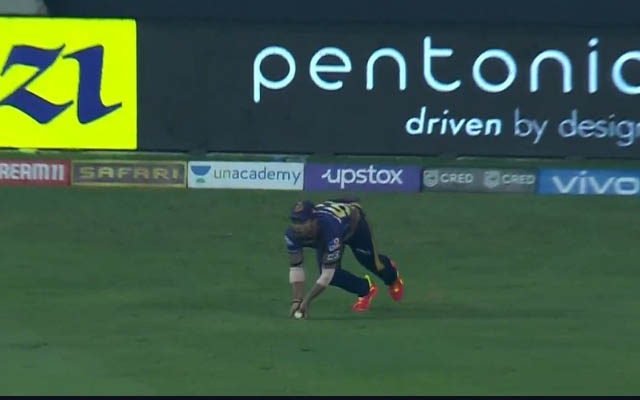 It happened when Punjab Kings’ skipper KL Rahul went on to smash a shot on the leg side but failed to find proper timing. Rahul Tripath dived full-length onto his front and seemed to have taken a perfect catch. However, the on-field umpires sent the decision upstairs and after watching the review, the third umpire reckoned that Tripathi had grassed the ball.

The decision turned out to be in favor of Punjab Kings, who eventually won the game by five wickets with three balls left. KL Rahul played yet another important and game-changing knock of 67 runs off 55 balls.

After the game, the former England cricketer Graeme Swann slammed the third umpire for not making the right decision in the crunch situation of the game. He said: “That was the worst piece of third umpiring I have ever seen,”

“That was a shocker, this can end someone’s campaign. He shouldn’t have seen the replay more than once, it just looked out. Even if they had got KL Rahul out, things would have been different. We cannot have these kinds of shockers in the IPL,”

After losing the game, KKR’s skipper Eoin Morgan also felt that Rahul Tripathi’s catch was a clean one. He said:

“I thought in real-time that the Tripathi catch was out. But when you slow it down, the third umpire decides otherwise. We got on with it once he made his call,”