India’s sensational batsman Rohit Sharma has finally opened up about his new role as Team India’s new white-ball skipper in an exclusive interview with the BCCI. On Wednesday, Rohit Sharma replaced Virat Kohli and the movie became one of the most talked-about topics in the cricket fraternity. While many welcomed BCCI’s decision of replacing Virat with Rohit, but there were many who targeted the BCCI and Rohit for his new role. 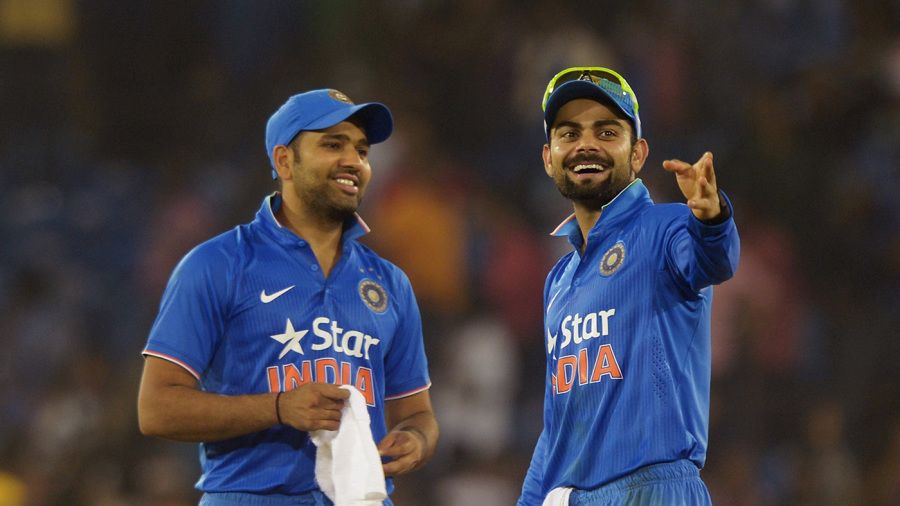 While speculations of a rift between the two players and the board have been making rounds on the internet, but Rohit Sharma wants the team to shut itself from the outside noise. Rohit wants the team to have a strong bond among them and expects the new head coach Rahul Dravid to act as an enabler in establishing that in the team’s pursuit of excellence. He said:

“We want to create a strong bond between players and that will help us in achieving the goal we want and yeah, Rahul bhai obviously, is going to help us in doing that. So we look forward to that,”

“When you are playing cricket for India, the pressure is always going to be high. The pressure is always going to be there. There will be a lot of people talking about it; be it positively or negatively. For me, personally, as a cricketer, it is important to focus on my job and not to focus on what people are talking about because you can’t control that. I have said it a million times and I will keep repeating it.”

Further, Rohit Sharma wants the player to focus on the game and what they have in hand, blocking the noise from outside. He said:

“This is also the same message to the team and the team understand that when we are playing a high-profile tournament, there will be a lot of talks. It’s just important for us to focus on what we have in hand; which is to go and win games and play the way you are known for. So, those talks outside are immaterial. What we think of each other is more important. You want to share a strong bond between players and that is what will help us achieve the goal we want to.”

?️?️ "The pressure will always be there. As a cricketer, it is important to focus on my job."

Stay tuned for this feature ⌛ pic.twitter.com/CPB0ITOBrv

Meanwhile, in his first assignment as T20I skipper, Rohit Sharma led the Indian cricket team to a clean sweep victory against the Kiwis in the recently concluded T20I series against New Zealand. He will be next seen leading team India in the upcoming ODI series against South Africa.

He has also been promoted as the vice-captain of the Indian team in the longest format of the game. He will be fulfilling the role of Virat’s deputy in the upcoming Test series against South Africa.

Explained: Why Hardik Pandya Is Going Down In His Career