Veteran Indian spinner Harbhajan Singh feels that India’s middle-order batsman Shreyas Iyer is all set to take Ajinkya Rahane’s spot in the Indian squad. Iyer impressed one and all with his record-breaking performances on his Test debut against New Zealand.

He displayed excelled application as he registered his maiden century and a fifty in his debut match in Kanpur before playing another crucial knock in the first innings of the Mumbai Test. On the other hand, Ajinkya Rahane has been struggling badly with his form for a long time now. Ever since he scored a century against Australia at the iconic Melbourne Cricket Ground, India’s vice-captain has been struggling with his form. 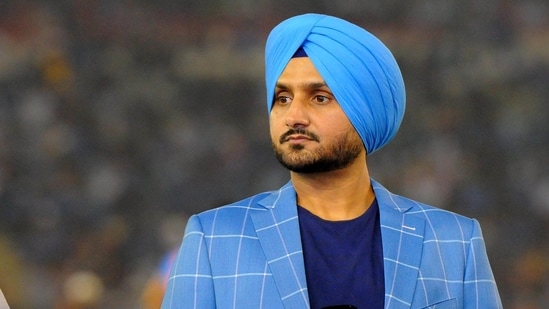 Harbhajan Singh lauded the 26-year-old for his brilliant batting efforts and reckoned that he has all pedigrees to replace Ajinkya Rahane in India’s Test playing XI. Harbhajan feels that this is the right time for the youngster a permanent spot on the Test side. He said:

“Shreyas Iyer batted brilliantly in the last game and showed his talent. And I am so happy that he made the most of the opportunity in the middle order. Meanwhile, Ajinkya Rahane is not scoring runs. Going forward, Iyer could be India’s perfect solution,”

He also stated that Rahane may not be an automatic pick for India’s upcoming tour of South Africa, considering his form. He also feels that after Iyer’s heroics in the ongoing Test series against New Zealand, it will be hard for the selectors to ignore Iyer for the Test series against the Proteas. He said:

“Don’t know if Rahane will be a part of the India squad for the South Africa series but Iyer, I feel, has made his case as a middle-order option. It will be interesting when the selection happens,”

Meanwhile, the BCCI and CSA have agreed to tweak the schedule next month, due to the new COVID-19 variant’s scare. Both the teams will play 3 Tests and the same number of ODIs starting from December 26 and have decided to play the T20I later.