Former Indian cricketer Harbhajan Singh, who recently announced his retirement from all forms of cricket, has been raising eyebrows with his comments regarding the way BCCI treated some of the senior players like him.

Harbhajan Singh, who is hailed as one of the greatest match-winners from the country, ended his career with 711 international wickets that came off 367 matches. He played a crucial role in India’s 2011 World Cup win, however, his career went into a downward spiral after the iconic win at the Wankhede Stadium. Following the 2011 WC, Bhajji played only 26 more games for India. He last played for team India in 2016.

Recently while speaking to India TV, Harbhajan Singh criticized the Board of Control for Cricket in India (BCCI) for what he felt was the mishandling of the Indian legends such as Virender Sehwag, Yuvraj Singh, Gautam Gambhir, and VVS Laxman, besides himself following India’s historic 2011 World Cup win. 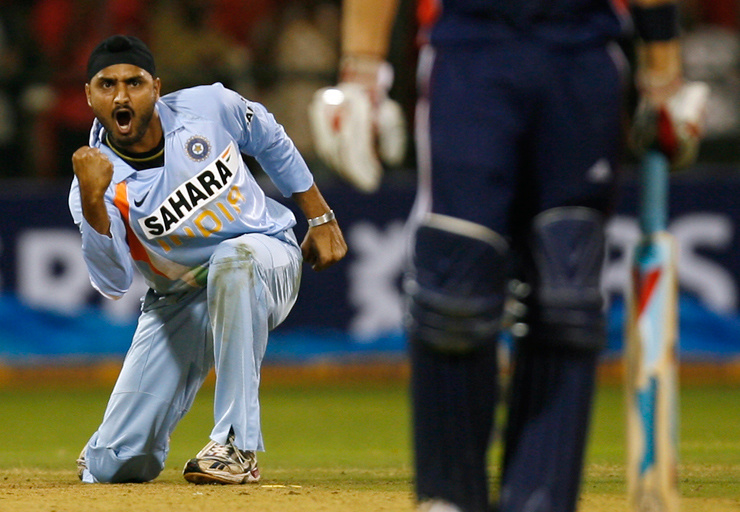 In fact, the spin wizard has now pointed fingers at former skipper MS Dhoni and explained what role Dhoni could have played in the sad end of his international career. He said:

“I was 31 when I picked up my 400th Test wicket, and if a 31-year-old can pick up 400 wickets, then in the next eight-nine years, I feel I could have taken at least a hundred more. But after that, I didn’t get to play matches, neither was I selected. How can someone with 400 wickets be discarded is a mysterious story in itself, which hasn’t been unravelled yet. I still wonder, ‘What really happened? Who had a problem with me staying in the team?’

He claimed he could never understand how a player who had taken 400 Test wickets could be discarded like that by those in power. He said:

“When I do my own analysis, the conclusion where it’s taking me… I have written it in my book. I don’t want to reveal everything here because a lot happened from 2011 to 2020/21. If someone with 400 wickets is treated like this, I wonder how a youngster would be treated. In those days, those running the BCCI, at the helm, they could have handled it better. They fell pretty short when it comes to respecting and felicitating a senior player. Not just in my case, take the cases of VVS Laxman, Virender Sehwag, Yuvraj Singh – he’s won us two World Cups – Gautam Gambhir. I think it could have been handled better.”

He further revealed that he was so frustrated that he reached out to MS Dhoni and asked him the reason behind his omission from the Indian squad but he didn’t respond to his query and shut him down. He revealed:

“I tried to ask the captain [Dhoni] why, but I wasn’t given a reason. I realised there is no point in me asking for the reason for this treatment, and who is behind it because if you keep asking and no one replies, then it’s better to leave it,”

Here’s Why Some Angry Fans Slammed Mohammed Siraj On Twitter