MS Dhoni is back on your screens. While the IPL 2022 is still a couple of months away, MS Dhoni, former India, and current Chennai Super Kings captain was revealed in an ad film for Unacademy, an educational technology company.

On Monday, Unacademy released an advertisement starring Dhoni. The ad, titled Lesson No. 7, showed MS Dhoni trying to outrun a fast-moving train with several obstacles laid his way, with a red-coloured ball-shaped object approaching him from the air.

In his dashing style, MS Dhoni breaks through those obstacles, running through some, breaking some, before pushing the last few barriers and using them as a domino to take a flight. With the train moving behind him. 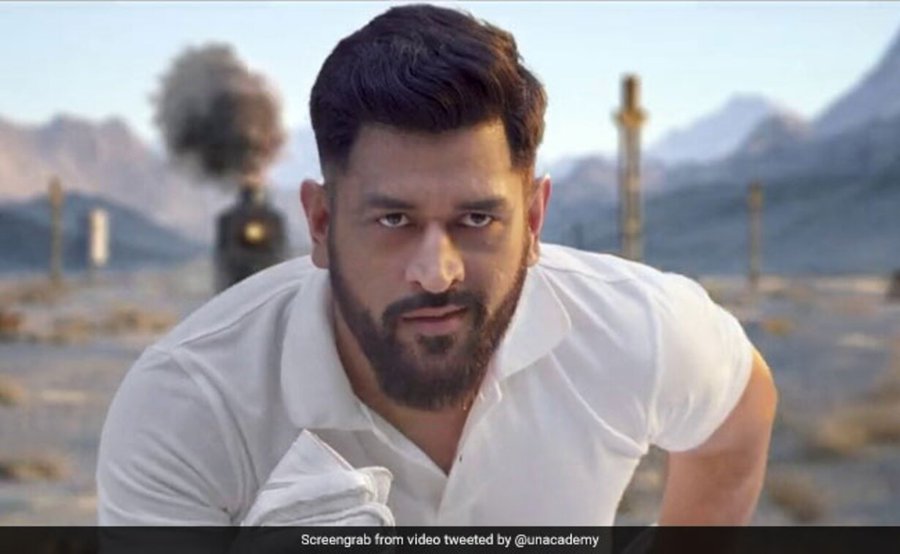 These metaphorical barriers represent the struggles that Dhoni had had to overcome in his life and career to reach the pinnacle of world cricket. Finally, he catches the ball and the black coloured train perishes at his feet.

According to Unacademy founder and CEO Gaurav Munjal, the ad film took almost one year to complete.

“Our most ambitious and Iconic Film till date. Took almost 1 year to make. Lesson No. 7,” Munjal wrote.

Our most ambitious and Iconic Film till date. Took almost 1 year to make.

Unacademy’s Chief Marketing Officer Karan Shroff revealed that more than 250 professionals worked on the ad film for over eight months. Post-production work for the film was done in over four countries as Lesson No. 7 used VFX and CGI for special effects.

Here are some other awesome reactions to MS Dhoni’s new ad film:

Wow ! This is as good as the helicopter shot @msdhoni . This is your story and the story of every cricketer ever! Reminded me of the numerous lows that I went through to achieve the highs in my career! Brilliant life lesson @unacademy. #DhoniUnacademyFilm #LessonNo7 pic.twitter.com/esAVaejIEo

There are few people who could talk about breaking barriers better than @msdhoni! I too have had my share of hurdles and I believe giving one hundred percent is the only way to achieve your dreams! Nice message @unacademy! #DhoniUnacademyFilm #LessonNo7 #Ad” pic.twitter.com/6VD8sExNQG

A lesson for life #LessonNo7
The film portrays the feeling of breaking through all barriers with such perfection that I want to keep watching it on loop.
I'm sure I'll keep coming back to this film for motivation @unacademy! #DhoniUnacademyFilm #Ad @msdhoni pic.twitter.com/csRNPKAkPD

Tougher the barrier, better is the satisfaction of smashing it. What an amazing message @msdhoni bhai and what a great lesson to start the year with #DhoniUnacademyFilm #LessonNo7 @unacademy pic.twitter.com/FZ9feD6bp6

Watching this new ad-film by @unacademy with @msdhoni made me look down the road and wonder how life would have been different had I surrendered myself to the barriers I have broken. Really touched by this film @unacademy. #DhoniUnacademyFilm #LessonNo7

What makes or breaks a person is the way they choose to approach barriers. @unacademy what an inspiring way to highlight this message with none other that @msdhoni #DhoniUnacademyFilm #LessonNo7 pic.twitter.com/4mWaBr5ABr

MS Dhoni, who led CSK to their fourth IPL title last season, has been retained for 12 crore; Ravindra Jadeja is the first retention at 16 crore. All-rounder Moeen Ali (8 crore) and last season’s Orange Cap winner, Ruturaj Gaikwad (6 crore) are the other two retentions.