The Indian head coach Rahul Dravid provided an update on Virat Kohli’s fitness and talked about his return to the Indian squad. The Indian Test skipper Virat Kohli, who was ruled out of the just-concluded second test match because of an upper back spasm, might return back for the third and final Test match against South Africa.

For the unversed, Virat Kohli sustained an upper back spasm and had to miss the ongoing Johannesburg test match because of it. KL Rahul was seen leading the Indian team in Virat Kohli’s absence at The Wanderers Stadium where the Indian side lost the crucial match by 7 wickets.

Now the ongoing 3-match Test series is balanced at 1-1. India had won the first Test at the SuperSport Park in Centurion by 113 runs. Both the teams will be looking forward to winning the third test match in order to win the ongoing series. 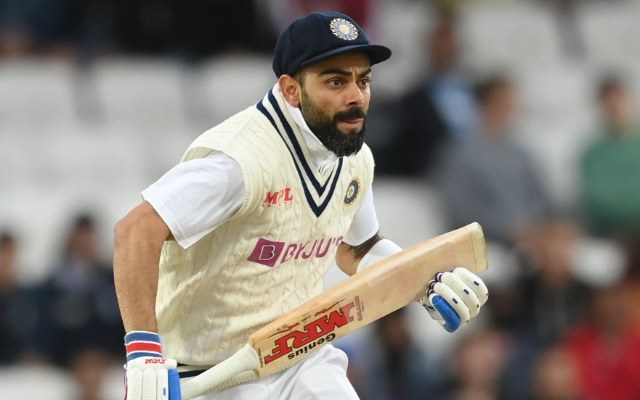 Ahead of the third Test match, the Indian head coach Rahul Dravid has given a major update about Virat Kohli’s return to the Indian squad.

Talking about Virat Kohli, after the conclusion of the second Test match, Rahul Dravid said that having returned to training already, Virat Kohli has looked in pretty good shape in recent times. Dravid updated:

Meanwhile, the third and final Test match will take place from Tuesday, January 11 at the Newlands in Cape Town.