Former India batsman Sanjay Manjrekar opined that Ajinkya Rahane should be dropped from the Test side and suggested the senior batsman return to play domestic cricket to gain more confidence.

This statement from Manjrekar came after Rahane’s twin failures in the Cape Town Test. Rahane was dismissed for 1 in the second innings following his score of 9 in the first innings. Both the times he was dismissed by almost unplayable deliveries from Kagiso Rabada. The experienced batsman has looked short of confidence for a long time now.

Ajinkya Rahane finished the South Africa Test series with 136 runs in 6 innings at an average of 22, forcing fans and experts, including Sanjay Manjrekar, to demand the axing of the 33-year-old. Manjrekar, though, backs Cheteshwar Pujara to still continue at No. 3. 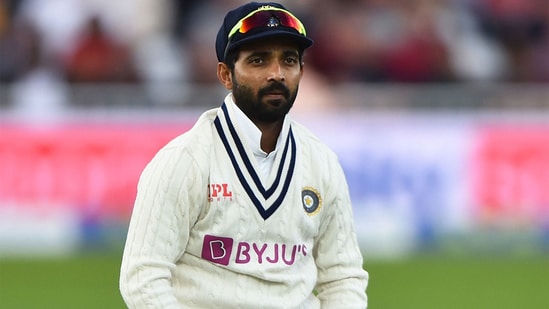 Speaking with ESPNcricinfo, Manjrekar said, “He needs to go back and play first-class cricket and hopefully get his mojo back. I would not give Rahane another innings. Pujara has a stronger case in my book.”

“Nothing about Rahane in the last 3-4 years gives me hope that he is coming back into form. There have been glimmers when he got a hundred in Melbourne. But, apart from that, nothing much,” the former Mumbai batter added.

Speaking about the Cape Town Test, South Africa have their noses ahead by end of Day 3. Rishabh Pant’s century helped India take their lead past 200 and set a target of 212.

In reply, the hosts lost Aiden Markram for 16 before a 78-run stand between Dean Elgar and Keegan Petersen frustrated India. Elgar was finally dismissed for 30 by Jasprit Bumrah in the last over of the day. Going into Day 4, South Africa need 111 more runs to clinch the Test and the series, while India need 8 wickets.

Here’s The Truth Behind India’s Controversial Reaction On DRS

Here’s What Broadcaster Said About The Controversial DRS Call