Former Indian batter turned commentator Sanjay Manjrekar has made some strong remarks against former Indian head coach Ravi Shastri and has opined that his 2.0 version doesn’t make intelligent comments. Manjrekar feels that Shastri’s comments have an agenda behind them. 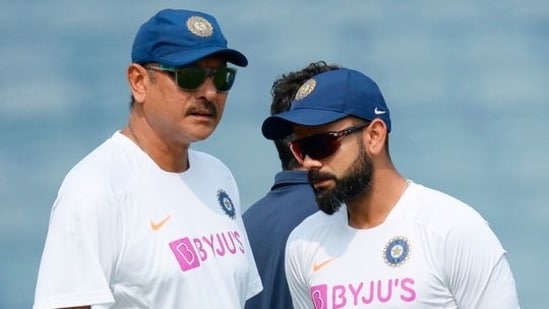 Well, recently, Ravi Shastri had said that people wouldn’t have been able to digest the success of Virat Kohli in the longest format of the game. Talking to India Today, Shastri had said:

“Whether Virat could have continued to lead India in Tests. For sure, he could have led India for at least 2 years because next two years India would be playing at home and who is coming over – 9 and 10 jacks, going by the rankings. But he would have then made it to 50-60 wins under his captaincy and a lot of people will not be able to digest that fact,”

The cricketer-turned-commentator expressed how he ‘was’ a huge admirer of Shastri during his playing days. He also said that the former all-rounder used to support youngsters, however, now he feels that Shastri’s statements have an agenda behind them. He said:

“I was a huge admirer of Ravi Shastri. I played under him, he gave players support, a great fighter, senior. This Shastri 2.0 I don’t understand. What he says in public is expected, I don’t react to it. I don’t want to be disrespectful. He doesn’t make very intelligent comments, you can see the agenda behind it. It’s not an accurate cricketing observation,”