Indian cricket fans are giving it back to former Pakistani cricketer Shoaib Akhtar for his remarks on the former Indian captain Virat Kohli. Shoaib Akhtar recently left everyone stunned with his insane comments on the marriage of Virat Kohli and Anushka Sharma. 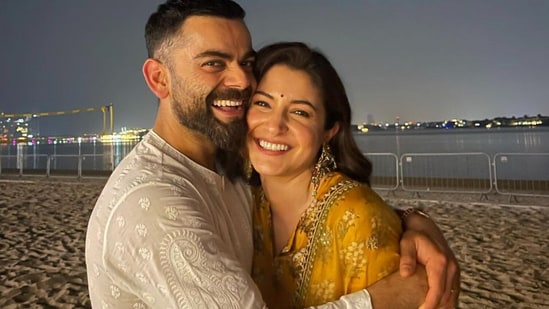 Well, recently, speaking on Virat Kohli’s dip in form, Akhtar stated that there’s massive pressure on the Indian batter. He also stated that he wouldn’t have married to focus on his career, had he been in Virat’s place.

He said had he been an Indian fast bowler, he would have put his entire focus on cricket and would have married only after his retirement. He had said:

“I would have not even married if I were in his place. I had just scored runs and enjoyed cricket, these 10-12 years of cricket are different time and doesn’t come again, I am not saying getting married is wrong but If you are playing for India, you would have enjoyed a time a little. fans are crazy about Kohli and he had to maintain that love he is getting for the last 20 years,”

“There is pressure from the children, of the family. As the responsibility increases, so does the pressure. Cricketers have a short career span of 14-15 years in which you stay at the peak for five-six years. Those years of Virat have passed, now he has to struggle,”

Meanwhile, Shoaib Akhtar’s statements didn’t go down well with the fans, who have been calling him out online and are busy slamming the former cricketer left, right, and center. Fans have been asking him to keep out of Kohli’s personal life.

Then @shoaib100mph health got deteriorated after marriage. He was able to run atleast with medication. Now his running days are over.
What a stupid analysis.

@shoaib100mph is seriously stupid… no wonder he was asked to leave the PTV show by @DrNaumanNiaz ???

Total Bullshit…
Anushka had not affected him in any way. Every player have patch in career. Or problems after certain age. Stupid logic by Shoaib Akhtar. https://t.co/WzUUglCIPw

I love cricket but seeing this kind of toxic fanaticism from @shoaib100mph is disgusting. Don't place cricket on the pedestal of others' life. It's just a game & even then @imVkohli has already achieved so much that he'll retain a legend status even if he retires now.

@AnushkaSharma is @imVkohli 's real life passion, you moron. Your kind knows nothing about love, that is why @shoaib100mph can marry again and again, very religiously. https://t.co/zrnAMLDMUI

Virat Kohli should have got married after completing his playing career, says Shoaib Akhtar

Also Read: Yuvraj Singh Has Been Blessed With A Baby Boy