India’s middle-order batter and former Test vice-captain Ajinkya Rahane smashed a hundred on return to Ranji Trophy cricket as he Mumbai’s fightback against Saurashtra on Day 1 of the ongoing match at the Sardar Vallabhai Patel Stadium in Ahmedabad on Thursday, February 17.

Ajinkya Rahane took his time to settle down on the pitch and got to his 36th first-class hundred in 212 balls for Mumbai. Rahane reached his 99 with a big six against left-arm spinner Dharmandrasinh Jadeja. He soon got to his 3-figure score with a single and at that moment even his batting partner Sarfaraz Khan also punched his air in delight.

Ajinkya Rahane used all his experience to counter the Saurashtra bowling threat in the tough conditions on a hot day at work. During his stunning knock, Rahane smashed 14 boundaries and 2 sixes as he was involved in a 150-plus stand with Sarfaraz, who also reached his century in 191 balls, hitting 2 sixes and 11 boundaries.

All thanks to their amazing performances, Mumbai made a comeback in the game after having lost captain Prithvi Shaw (1), Akash Gomel (8), and Sachin Yadav (19) inside the first 13 overs. 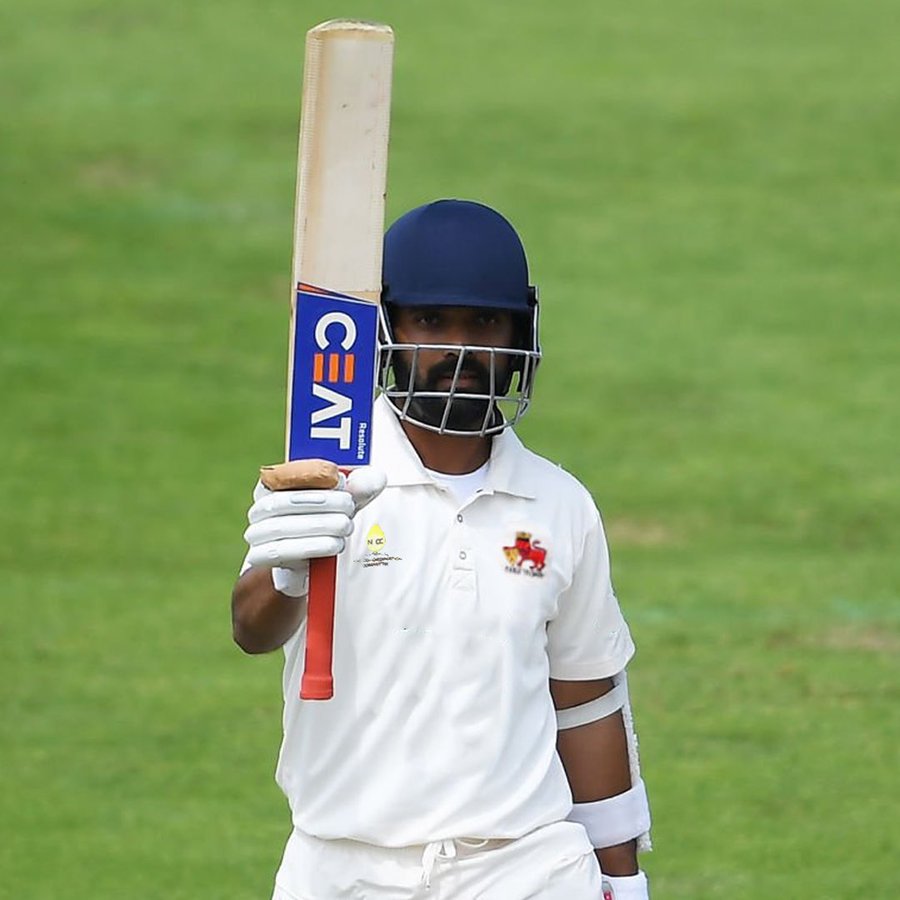 Also, this knock was very important for Ajinkya Rahane, who was under considerable pressure as his spot in the Indian Test team.

For the unversed, Ajinkya Rahane, who was going through a lean patch in his career, was recently removed from the position of vice-captain of India’s Test team. He had found himself at the receiving end of criticism and trolling because of his poor form and inconsistent performances, however, the senior batter has silenced his critics with a stunning century in the Group D opener game today.

Meanwhile, fans on social media were overjoyed after Rahane bounced back into the form and scored a stunning century.

Here, check out some of the best reactions from the fans:

Full credit to Ajinkya Rahane for his decision to score a hundred.

Rahane's presence has been reassuring. Except one half hearted push at a length ball, that went past slip, Rahane has been authoritative in shot making, two gorgeous back-foot punches through covers have come off his bat. He has run his and his partner's runs hard @sportstarweb pic.twitter.com/AXNKj5gznN

Ajinkya Rahane and Yash Dhull will steal the headlines for their hundreds but how creditable has Sarfaraz Khan's hundred been! Had a 900+ run season, he has continued to score at will even after two years #RanjiTrophy

Ajinkya Rahane gets to a 100. Has played a total of two false shots in the day so far. Authoritative in strokeplay and running between wickets. Got to 99 with a six off Jadeja. #RanjiTrophy @sportstarweb pic.twitter.com/LbKkCd3Rtq

Ajinkya Rahane scores a fantastic hundred in 211 balls. A top class innings by Rahane, he's proving his capabilities in the Ranji Trophy. 14 fours and 2 sixes in the knock for him.

44-3 and Jinks gets a 100 for #Mumbai ! Typical @ajinkyarahane88 under pressure knock ?? Well played . #RanjiTrophy

RCB Dropped A Major Hint About Their Next Captain