The Indian Premier League fever is on and the first day of the much-awaited IPL 2022 mega-auction is getting underway in Bangalore with full enthusiasm and thrill. In the same course of events, swashbuckling South Africa batter Faf du Plessis, who was in the top-10 marquee list of players, was sold to RCB for Rs 7 crore at the IPL 2022 auctions.

Faf du Plessis, who made his IPL debut in 2012 with Chennai Super Kings, was with the franchise ever since. In 2016 and 2017, when CSK was banned for two years, he played for Rising Pune Supergiant. 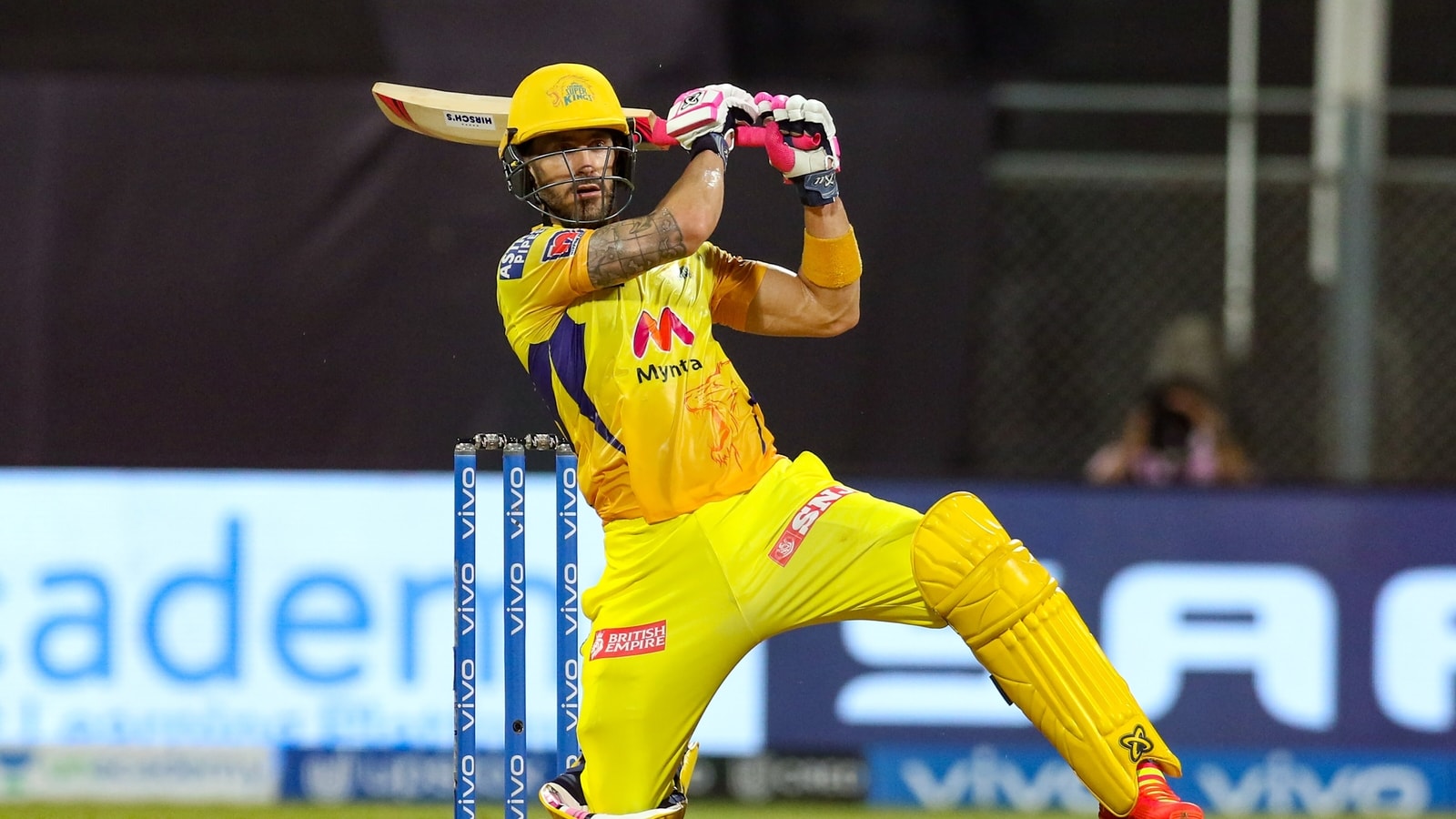 Over the years, Faf had become an integral part of the MS Dhoni-led Chennai Super Kings. He was the second second-highest run-getter in IPL 2021, with 633 runs – just two behind Orange Cap holder and CSK teammate Ruturaj Gaikwad.

Not just this, he was also the leading run-getter for Chennai Super Kings in the 2020 edition of the Indian Premier League.

Meanwhile, as Faf du Plessis was bought by Royal Challengers Bangalore for Rs 7 crore, the Chennai fans were left heartbroken. Social media has been buzzing with reactions from disappointed fans as Faf bid goodbye to the Yellow-army.

Chennai Super Kings also took to their official Twitter handle and paid a heartfelt tribute to Faf du Plessis after he was bought by Royal Challengers Bangalore. In their Tweet, CSK shared a picture of Faf along with a heartfelt caption that read:

Here, check out how fans reacted to this:

Virat Kohli and Faf du plessis in the same team for RCB. pic.twitter.com/ura6fsehHR

Now we will not able to see Faf du Plessis in yellow colour ??

CSK Fans are angry for not bidding for Raina