Mumbai Indians made a very smart move as they made a huge signing on day 2 of the ongoing Indian Premier League (IPL) mega auction by picking up Jofra Archer for Rs. 8 Crore. Though, Jofra Archer will be unavailable for the upcoming season, as confirmed by Akash Ambani, but the five-time champions Mumbai Indians have still picked him up.

Archer’s former team Rajasthan Royals and Mumbai Indians engaged in a heated bidding war to sign the sensational pacer. But RR pulled out after bidding for Rs. 6.25 Cr. Sunrisers Hyderabad (SRH) joined the bidding but MI’s desire proved to be too strong.

It has to be noted that Jofra Archer has not played any competitive cricket ever since England’s tour to India in March 2021. He had missed the entire season of IPL 2021, followed by the 2021 T20 World Cup, and the Ashes because of injury issues. 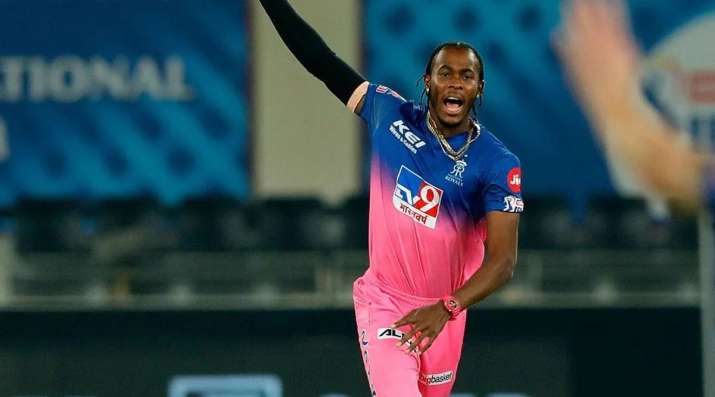 Jofra Archer, who made his debut in the Indian Premier League in 2018, has a phenomenal record of 46 wickets in 35 games at an average of 21.32 and an economy of 7.13, representing Rajasthan Royals. He has also played some memorable cameos with the bat.

He also played an instrumental role in helping England win the 2019 Cricket World Cup just a couple of months after making his international debut. His memorable super-over spell in the final clash against New Zealand at Lords helped England in lifting the trophy.

Meanwhile, an old tweet of Jofra Archer also resurfaced on social media after Mumbai Indians bought the sensational bowler for a whopping amount of INR 8 crores. The old Tweet that has been making rounds on the internet read: “Mumbai deserve it”