What a great year 2022 has been for the Indian Under-19 star Yash Dhull! In less than a month after leading India to the Under-19 World Cup win, their skipper Yash Dhull has made his dream debut in the ongoing Ranji Trophy.

Yash Dhull impressed one and all with his batting master class as he smashed some brilliant shots to reach his maiden century off just 133 deliveries. Dhull, walked out to open the innings with Dhruv Shorey and went on to complete his century off 133 balls with the help of 16 boundaries. All thanks to his stunning century, Delhi lifted from 7 for 2 in the third over to 171 for 3 in 45 overs of the game. 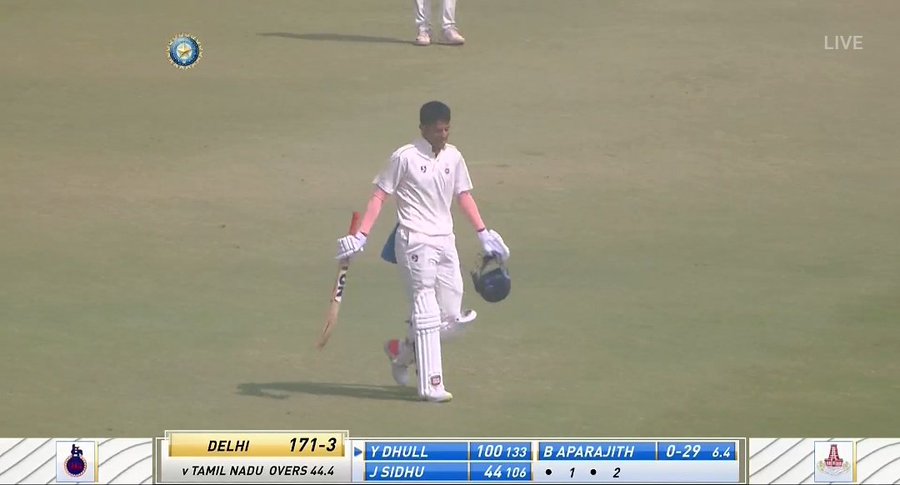 He also put on some crucial partnerships with his teammates that included a 60-run partnership with Nitish Rana and then scored 119 runs with Jonty Sidhu. He was eventually dismissed for 113 runs by Tamil Nadu bowler M Mohammed after playing a blistering knock.

Meanwhile, the young and talented Indian star has been receiving praises from all corners for his terrific knock for Delhi. From cricketers, experts to fans, everyone came up with amazing reactions to hail the brilliance of Yash Dhull.

Among many, former English skipper Michael Vaughan also took to Twitter and hailed Yash Dhull for his brilliant performance in the ongoing Ranji Trophy game. In his Tweet, Michael Vaughan made a big prediction about Dhull. He wrote:

RCB Dropped A Major Hint About Their Next Captain

TNPL 2022: N Jagadeesan Apologised For His Middle-Finger Gesture After Being Mankaded