Indian captain Rohit Sharma was a happy man after the Indian side sealed the ongoing 3-match T20I series with victory with a game in hand. Riding on the significant contributions from Virat Kohli (52), Rishabh Pant (52), and late blitzkrieg from Venkatesh Iyer, the Indian side defeated West Indies in the 2nd T20I by 8 runs to take an unassailable lead of 2-0 in the ongoing series.

The game turned out to be an absolute thriller. On many moments the game looked like slipping away from the Indian side all thanks to the power-hitting of West Indies players.

Chasing the total of 187 runs, the Windies got so close but they fell short to lose the game by 8 runs. The bowling trio of Bhuvneshwar Kumar, Deepak Chahar, and Harshal Patel delivered pinpoint yorkers despite there being a lot of dew in the middle. All thanks to their lethal bowling performance, the Indian side was able to restrict the Windies to chase down the total. 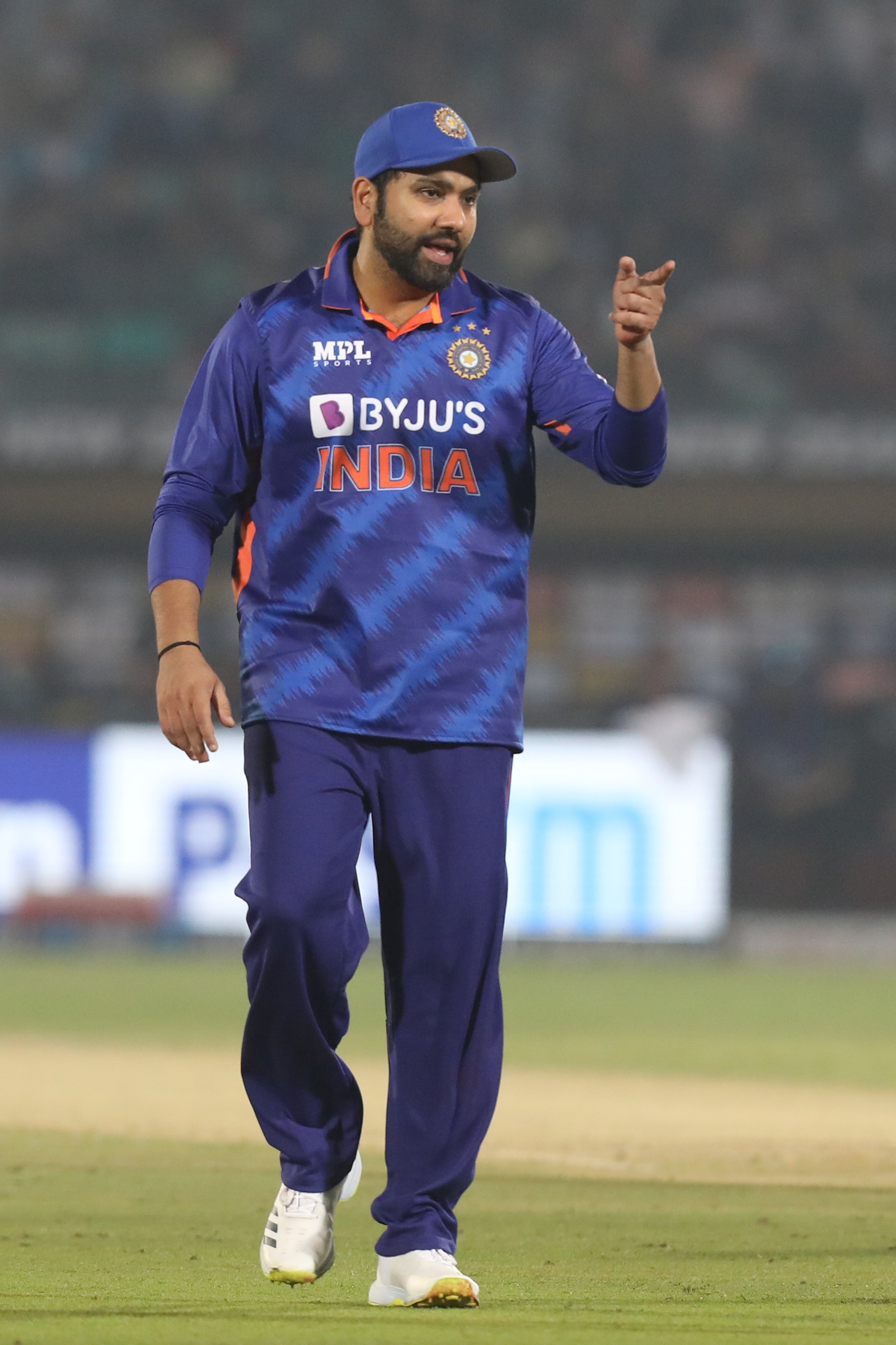 Earlier, the Men in Blue managed to recover from an early blow of Ishan Kishan all thanks to Virat Kohli. The former skipper looked in great touch from ball one as he played some exquisite strokes. He walked out to bat like a man on a mission. Virat smashed seven boundaries to reach the score of 46 and then he smashed Roston Chase towards the boundary.

After the fall of Kohli’s wicket, India was in some trouble. However, just then the left-handed duo of Venkatesh Iyer and Rishabh Pant found their groove. The duo ensured to take the Indian side to victory.

Well, after addressing his post-match presentation, as Harsha Bhogle invited Rishabh to collect his Man of the Match award, Rohit came up with a hilarious reaction as he joked with Harsha and asked in a sarcastic manner. He said: “Rishabh Pant Is The Man of the Match?”

To this Harsha replied, “Come on Rohit, he batted very well though.”

Rohit Sharma Made A Big Statement About Bhuvneshwar Kumar