Former Indian cricketer Aakash Chopra gave a fitting reply to Ramiz Raja after the latter claimed that if the Pakistan Super League (PSL) adopts an auction model and increases its purse, players will opt to play in the PSL over the Indian Premier League. Raja’s comments came after he expressed his desire to shift the PSL model to auction method

“When the cricket economy grows in Pakistan, our respect will rise. The main driver of that financial economy is PSL. If we take PSL to an auction model, increase the purse, then I’ll put it in IPL bracket. Then we’ll see who goes to play IPL over the PSL” Ramiz Raja said. 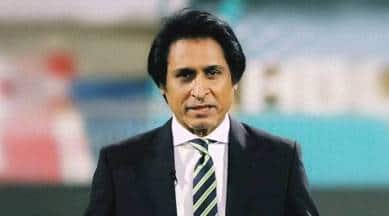 However, cricketer-turned-cricket analyst Aakash Chopra strongly believes that the PSL or any other league can never match the stature of the Indian Premier League. Speaking on his YouTube show, Aakash said that there will never be a player playing for INR 16 crores in the PSL but the same has happened in the IPL.

“Even if you do an auction instead of drafts, it is not going to happen, you will not see a player playing for 16 crores in the PSL. It cannot happen at all, market dynamics are not going to allow that to happen, it’s as simple as that,”

Explaining his point further, Chopra gave an example of Chris Morris who was the most expensive player in the 2021 auction, and how his every ball was worth it because of his hefty IPL contract. He said:

“To be very honest, Chris Morris’ one ball, when he played last time, was more expensive than the players’ salary in other leagues. Is it even possible to compete or compare yourself with the IPL, whether it is PSL, BBL, The Hundred or the CPL? Is it a slightly misplaced judgment?”

Aakash Chopra further added several factors behind the huge financial values of the IPL and said that the people of India are the biggest assets in IPL as they are willing to pay a lot of money to watch the games, thus ending the IPL vs PSL debate. He said:

“The price is decided based on how much money you get from the rights, at what price the teams are sold and then there is a total purse according to which you play. All these are interlinked, they are not separate. If someone sees them separately, he is going to get defeated,”

Also Read: Sachin Tendulkar Gave A Warning To Shoaib Akhtar That He Will Never Forget

IPL 2022: Oldest To Youngest Captains Of All The 10 Teams