Defending champions Chennai Super Kings could be without the services of England all-rounder Moeen Ali in their IPL 2022 opening encounter versus Kolkata Knight Riders to be played on March 26 at the Wankhede Stadium.

This is because Moeen, who was retained for 8 crore ahead of the mega-auction, hasn’t been given the visa yet. The all-rounder has been waiting for clearance of his travel documents by the Indian High Commission in the UK, Cricbuzz reported.

CSK CEO Kasi Viswanathan said that they are not yet sure when the Moeen will arrive for IPL 2022. Viswanathan optimistically believes that Moeen could get his visa clearance on Monday and will fly out soon after that.

However, if not then the star all-rounder could miss the first game on Saturday because upon arriving in India he will be required to serve a minimum of 3 days in isolation and it would be unlikely that he will take the field directly out from quarantine without much practice or net sessions.

“He had applied for his visa on February 28. It has been more than 20 days since the application was submitted. He has been a frequent traveller to India and yet he has not got the travel papers. We are hoping he will join the team soon. He has told us that he will take the very next flight after getting the papers,” Kasi Viswanathan told Cricbuzz on Saturday (March 19).

“Even the BCCI has got itself involved to help us. We are hoping that he will get the papers by Monday.” 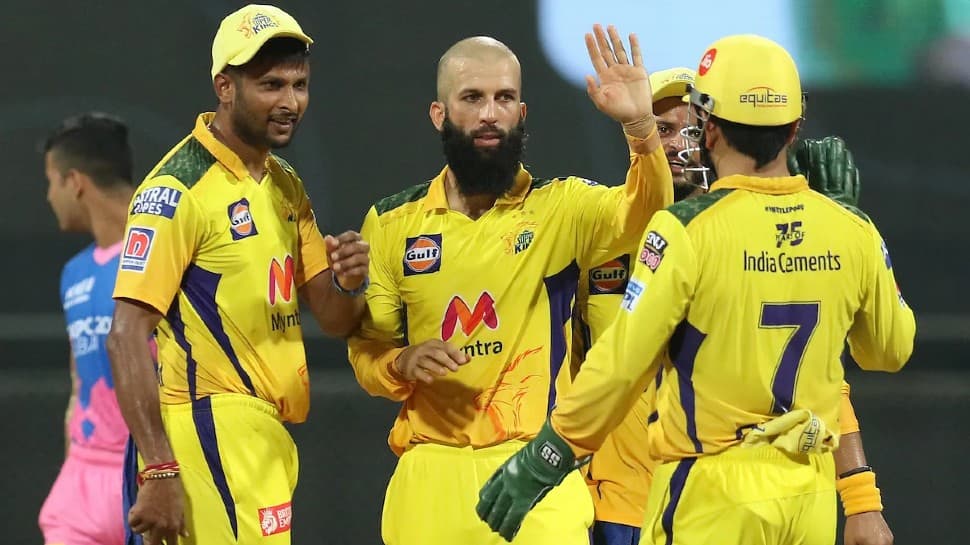 Moeen Ali proved to be the X-factor for CSK in their title-winning season last year. Taking the number 3 position from the out-of-form Suresh Raina, Ali played the enforcer role in the middle-order. With the bat, he averaged 25 while striking close to 140 and remained economical with the ball, conceding at 6.36 runs per over throughout the season.

The 34-year-old has been in good form in the past months, for England and in the Bangladesh Premier League.

Also Read: IPL: Top 5 Cricketers With Most No. Of Runs As Captain

IPL: Top 5 Cricketers With Most No. Of Runs As Captain

Players Who Have Scored 70+ Runs Most No. Of Times In The IPL