Ishan Kishan started off his IPL 2022 in a blockbuster fashion with a brilliant innings of 81 unbeaten runs off 48 balls, laced with 11 fours and 2 sixes, helping MI put up 177 on the board against Delhi Capitals. However, that wasn’t enough as DC chased down the target with 4 wickets in hand.

Kishan, though, entered a unique list of Mumbai Indians‘ cricket that also includes the legendary Sachin Tendulkar. With this fifty, Kishan became only the third Mumbai Indians batsman to score three consecutive half-centuries in the IPL; he had scored two fifties – 50* versus RR and 84 against SRH – towards the end of last season, and now continued that form with a fifty in his first match this season. 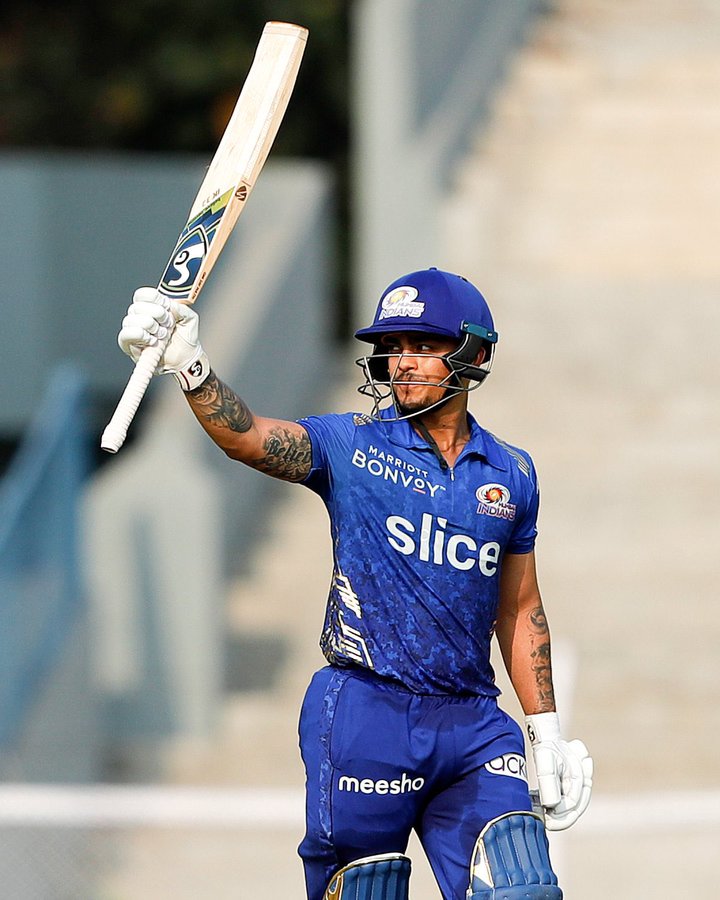 Further, Kishan also joined Yuvraj Singh in another rare record. Kishan became only the second player ever in the IPL to have scored a fifty in his first IPL game after being the most expensive player at the auction before that. The young left-hander was bought for 15.25 crore by MI and was the most expensive player in this year’s mega-auction, and proved his worth with a brilliant fifty. Yuvraj Singh, in 2014, was the most expensive player at that auction when RCB bought him for 14 crore, and Yuvraj smashed 52* off 29 balls vs Delhi in his first game in IPL 2014.

Speaking about the game, Kishan’s fifty went in vain. In the chase of 178, Delhi had been reduced to 104/6 and the game seemed to be in MI’s bag. However, Lalit Yadav and Axar Patel put on a stunning 75 run unbeaten stand from 30 balls to clinch the victory out of Mumbai’s jaws.

Earlier, it was Kuldeep Yadav‘s three-wicket haul that restricted MI to a par total on a good batting surface. Kuldeep was named the Player of the Match for his figures of 3/18.

Also Read: Wasim Jaffer Explained Why Faf du Plessis’ Knock Was A Special One For RCB