IPL 2022 Jerseys: As the IPL knocks closer than ever, with the practice sessions of all the teams blowing in at its fullest swing, this year’s IPL is going to feature a set of bedazzling jerseys as almost all the teams have gone for a change in their threads.

From a darker edition in the preceding campaigns, a few have embraced light colours while others have simply chosen to don bolder liveries that would highlight the royalty that they bring to the cash-rich extravaganza.

Colours signify a million unspoken words that probably would be lost in time. Even though the final say would always remain confined to the on-field performances, then there is something unspoken about the flamboyance of the warring vestments that the player gets swathed in.

From the colour of hope, the jersey carries an unstated urge to win the crown. It signifies the players’ love for the franchise and the franchise’s love for one’s state and the city. As we surge forward in a tale of threads, we will quickly take a look at the jersey revolutions of each franchise over the span of the tournament. 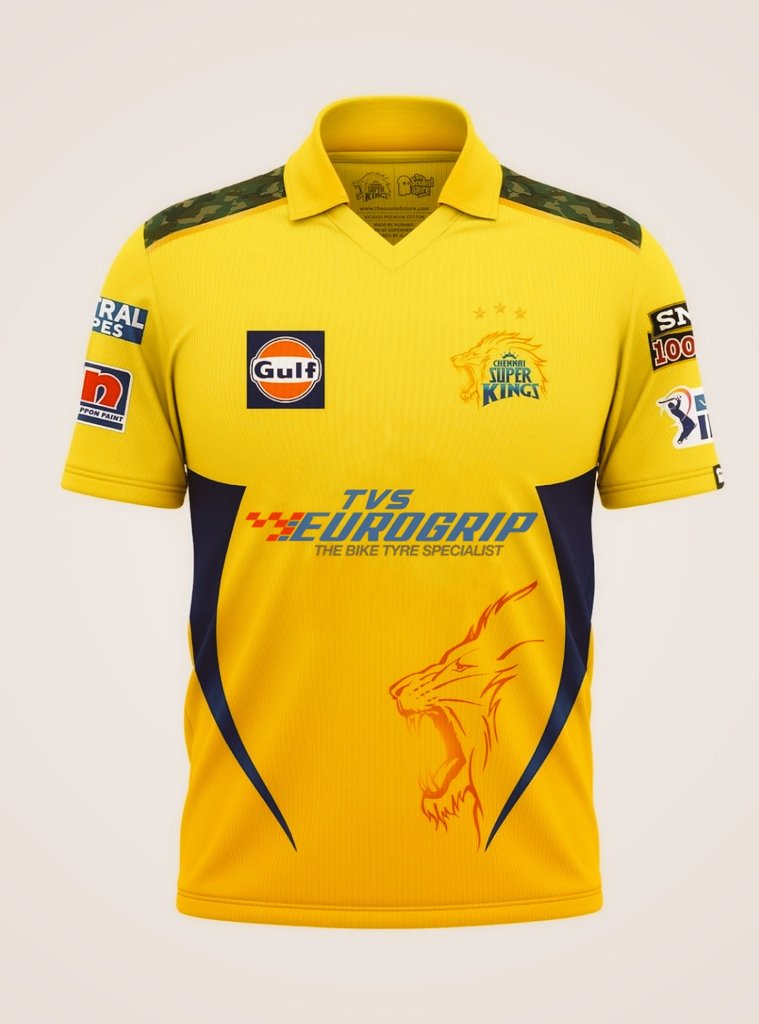 Chennai has made very minimal changes as they have kept their core intact in all of their IPL 2022 jerseys. With a majority of a yellow base, the contours on the crest and around the ribs have shuffled but that is just to underline the renewed spirit of the Super Kings. They have managed to bring together almost the entire squad that helped them to uplift the 2021 IPL Trophy. The logo of the lion rules supreme as Chennai enters the fifteenth edition of the tournament being a consistent synonym for success.

The five-time champions of the tournament have taken a cyber-approach to their IPL 2022 jerseys’ design as they have painted a motif on the crest but all of it comes built with tiny blocks. There are also razor-sharp structures on the sides that may very well be the arms that would allow them to lift their sixth trophy. They have actually made a significant change in the jersey as what used to be a simple crest is now filled with structures that would signify grace and attention to detail. 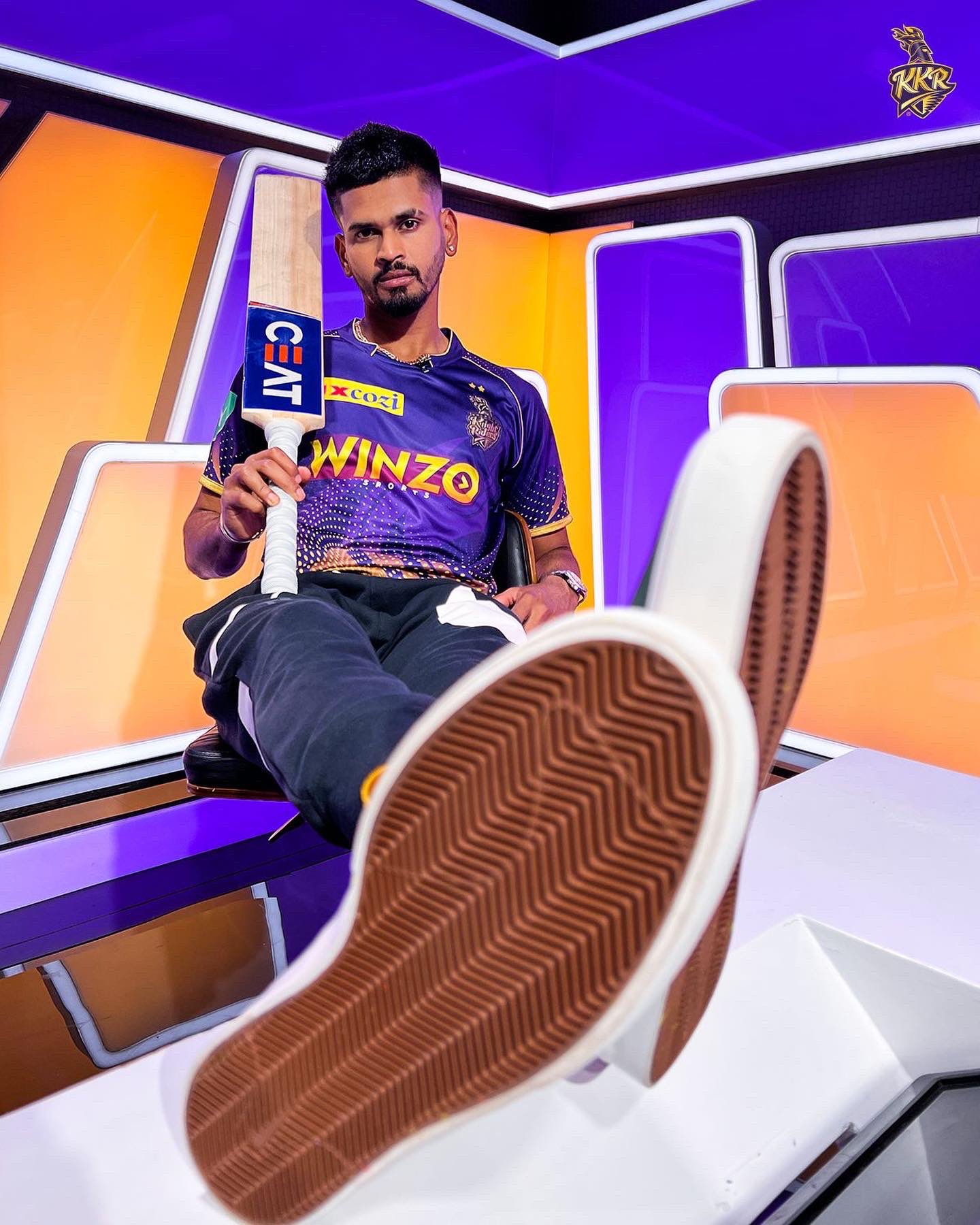 In a significant development, KKR has minimized gold in their vestment as they have prioritized the purple this year. With tiny dots of gold disseminated all across the jersey, purple has dominated the outfit with golden flames covering it from below. The flames that rise from beneath is more into a motif that has been collaged with dots, signifying the fact that they will piece together all the flailing dreams to give birth to a new hope. 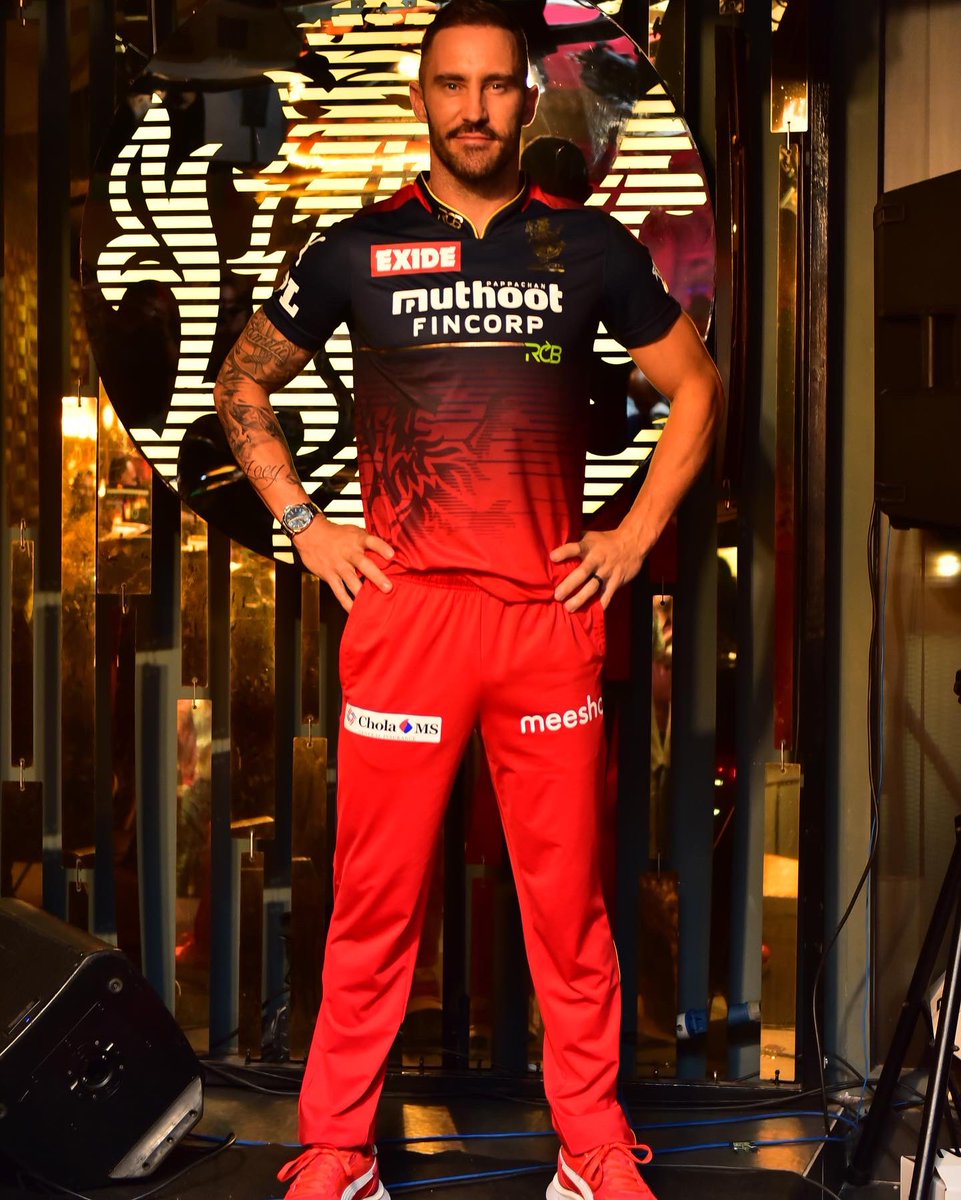 Probably leading the queue with absolute wonder, the Challengers produced an absolute masterpiece. They accentuated the deep blue with a fine shading out of the red. The darker version of the red has the lion engraved on it in its finest avatar. It also has a new typeface that is in green. When Faf du Plessis sported the new jersey and the spotlight was on him, it simply looked nothing less than a royal spectacle. You should also take a glance at their practice jersey. It is mind-bending to say the least.

The new jersey of Royals needed some doing as they shifted from their traditional pink to a version that is dominated more by the blues with arms of pink playing the perfect Butch and Sundance to each other. There are also a few stripes that are contrary to their traditional same-coloured outfits. As the champions of the maiden edition of the tournament embrace novelty, it is a matter of fact whether their jersey will also play the perfect companion to them or not? 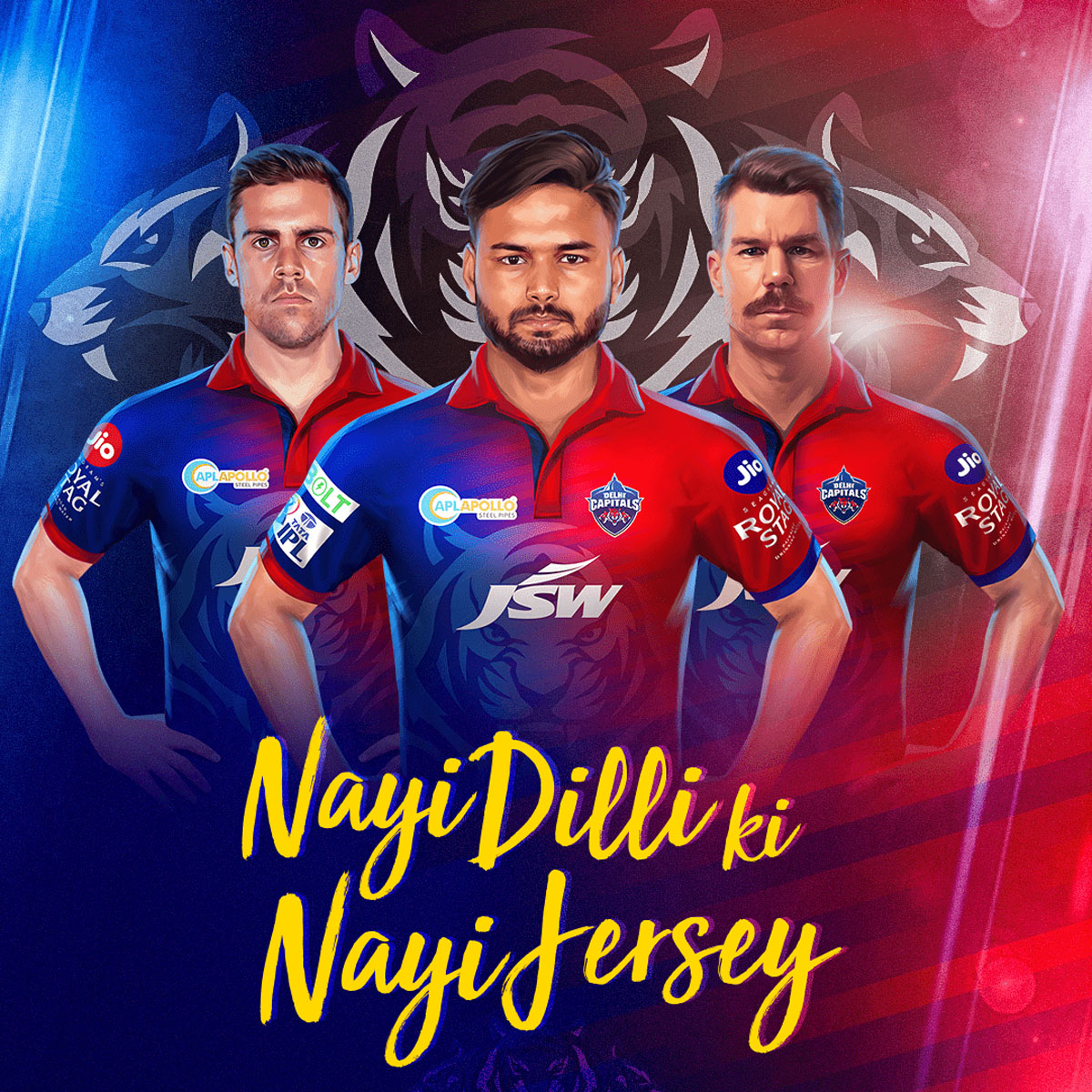 The Capitals went back in time by a while and brought back something that has more of an essence of the Daredevils. They have a simple blend of blue and red with their logo of a tiger straddling the colours perfectly. The colours are a lot deeper instead of their preceding shade which was ruled by a lighter shade. The livery would play the perfect host to a resurgent Delhi Capitals who have managed to post an excellent display in the last couple of editions, making them quite an impressive team of the contest.

ALSO READ: Check Out New Jerseys Of All The 10 Teams

The Orange Army has completely shifted its focus from stripes to the most solid avatar of orange. They didn’t let any motifs or colours come in between. They painted their crest with a solid layer of orange while their hands a receding version of black that was also filled with fine drops of orange, signifying a perfect blend of youth and experience.

The Kings have come a long way from their classy pink in the opening edition of the tournament to a bolder version that displays a brilliant combination of red and gold. The gold plays the perfect ballet partner to a solid edition of red on the crest. The shoulders have a couple of golden stripes on them and towards the tail end of it, there is a dash of golden coming in specified stripes signalling the method to the upcoming madness that can put an end to Punjab’s woeful outings in the last couple of seasons.

The Titans came up with an electrifying idea of a jersey literally as their threads sport a bold lightning bolt with an extraordinary dash blue laced with stripes of sky blue towards the hands. There is also a shade of a slightly lighter blue towards the sides while the deep blue plays the royal host on the crest. Their jersey has a touch of cyber aesthetics to it, underpinning their idea of logo reveal in the Metaverse, in the process, becoming the first-ever IPL team to do so.

The Giants has resorted to simplicity this time given fine dissemination of the sky-blue shade with bands of orange around the shoulders. If you take a closer look at their jersey it has blocks in it, significant ones that would ideally hint at the building blocks of the future, the wee steps of a journey that would promise hope.

QUICK READ: Rating All The 10 Jerseys In The Tournament

List Of Batsmen Who Have Most No. Of Ducks In The IPL