Lalit Yadav had his moment in the sun on Sunday evening as he, along with tailender Axar Patel, scripted a brilliant comeback victory against Mumbai Indians in their first match of IPL 2022 at the Brabourne Stadium.

Reduced to 104/6 in chase of 178, Delhi had lost their way out of the game before Lalit and Axar put on a stunning 75 run unbeaten stand from 30 balls to clinch the victory out of Mumbai’s jaws.

Lalit Yadav was with Delhi Capitals last season as well but couldn’t make a significant impact in the 7 games he played in either with bat or ball. This season, though, he’s started off on a terrific note with a match-winning performance.

Here are some facts about the Delhi-born Lalit Yadav that many fans don’t know:

1)Lalit has hit six sixes in an over – not once but twice during T20 matches!

2) In his first four innings in first-class cricket, Lalit had three fifties to his name, including one on debut in 2017.

3) The 25-year-old has been a prolific run-scorer in domestic cricket: Lalit averages 46 in first-class cricket and 41 in List-A cricket and is also a good hand off-spinning option.

4) Lalit’s inspiration to play cricket was former India opener Virender Sehwag, who also hails from Najafgarh. Lalit had seen Sehwag practice once and that motivated him to pursue his dream of playing high-level cricket. 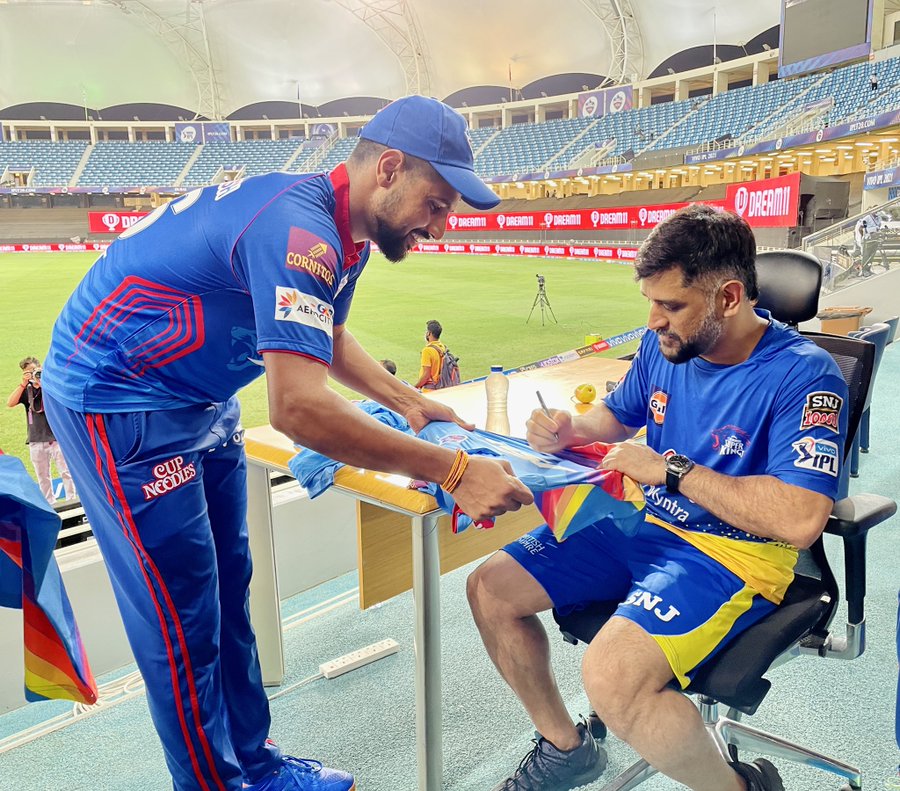 5) Lalit is a graduate of Swami Shraddhanand College, University of Delhi and did his schooling at the National Institute of Open Schooling, Delhi Public School Dwarka.

6) Lalit is a big Bollywood fan. His favourite actresses are Deepika Padukone & Madhuri Dixit and his favourite movies are 3 Idiots & Sultan. He likes to listen to Neha Kakkar & Shreya Ghosal. Lalit has a beautiful bucket list of destinations he’d love to visit – Paris, Egypt & Dubai.

Also Read: Wasim Jaffer Explained Why Faf du Plessis’ Knock Was A Special One For RCB

IPL 2022: Wasim Jaffer Explained Why Faf du Plessis' Knock Was A Special One For RCB