Former India batsman Mohammad Kaif’s recent comments on the strength of the Royal Challengers Bangalore side won’t make their fans happy. Mohammad Kaif reckons the Faf du Plessis-led outfit lacks depth in strength in their eleven and the squad.

RCB suffered an embarrassing loss to the Punjab Kings in their first match of IPL 2022 as their bowlers couldn’t defend a big total of 205; Punjab chased down the target with 5 wickets in hand and an entire over to spare. 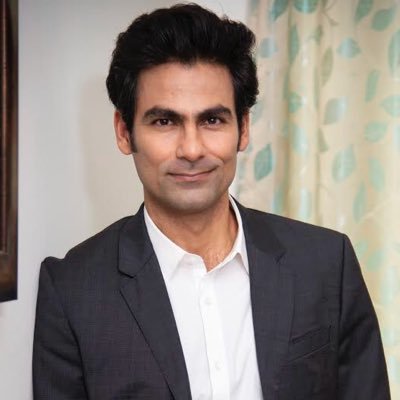 It was the dropped catch of power-hitter Odean Smith by young Anuj Rawat than perhaps made the difference; Odean was dropped when he has scored only 1 and then went on to smash 25 runs off just 8 balls.

“RCB scored 205, but the fact Punjab chased 205 against them with one over remaining, shows that RCB needs to work on their bowling. Also, the fielding, the drop catch of Odean Smith cost them a lot,” Kaif told Sportskeeda.

RCB scored 205 runs with Faf doing the bulk of the scoring, supported by Kohli‘s knock and cameos from Karthik and Anuj Rawat. Kaif reckons RCB don’t have anyone else than these three international stars to carry the batting at the moment.

“Even batting for that matter of fact, they do not have anyone else than Faf, Virat, and DK in the batting order. There is no one else that makes you say that RCB are a strong outfit this year,” he added.

RCB, though, have been missing two of their overseas stars – all-rounder Glenn Maxwell and pacer Josh Hazlewood, both of whom will be available from April 6th. The centrally contracted Australian players cannot participate in other tournaments while the national team is in action; the white-ball Aussie team is touring Pakistan currently and their players will be available for the IPL after April 5th.

Also Read: IPL 2022: Know The Cost Of Each Ball Used In The Tournament

IPL 2022: Know The Cost Of Each Ball Used In The Tournament