Suresh Raina Hailed Ravindra Jadeja After His Batting Heroics Against Sri Lanka: India’s star all-rounder Ravindra Jadeja gave a career-best unbeaten knock of 175 runs to etch his name on the history books forever. Sir Jadeja, as his fans call him, broke the long-standing record of the former captain Kapil Dev to become the highest scorer for India while batting at No 7.

All thanks to the record-setting knock of 175 runs of Jadeja, the Indian side posted a mammoth total of 574/8 before captain Rohit Sharma called for declaration. 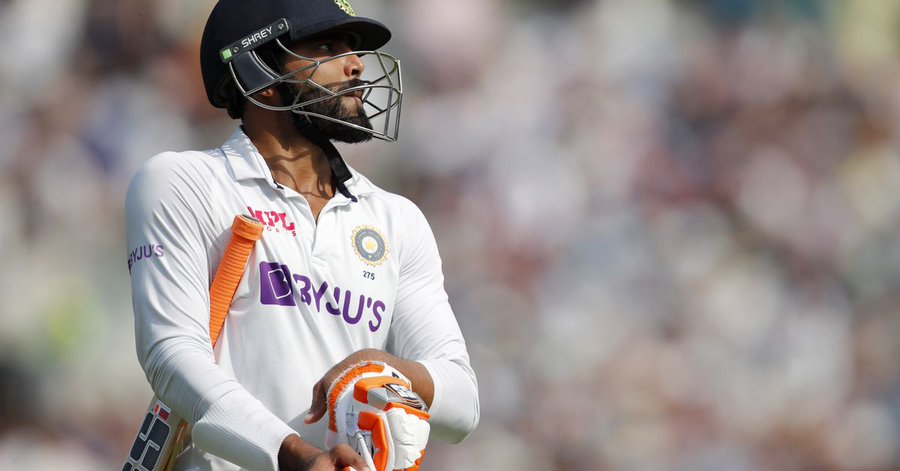 Jadeja brought up his half-century just prior to Lunch on Day 2 and post Lunch, the star all-rounder continued with his batting onslaught as he smashed the Sri Lankan bowlers all around the ground. Soon, Jaddu reached the 150 mark. He formed a crucial partnership with Ravichandran Ashwin, who scored 61 runs before being dismissed.

But Jadeja carried on with his performance even after he lost another partner in Jayant Yadav, who got dismissed for just 2. Later, he stitched a 103-run stand for the 9th wicket with Mohammed Shami. Jadeja was batting on 175 runs and looked all set to score a double century, however, the Indian captain Rohit Sharma decided to declare the game.

Meanwhile, social media has been flooded with amazing reactions and tributes, hailing the brilliance of the star all-rounder. Among many, former Indian cricketer and Jadeja’s Chennai Super Kings’ former teammate Suresh Raina also took to Twitter and wrote a beautiful Tweet for Jadeja.

Suresh Raina, who has shared the dressing room with Jadeja for a long time, hailed him as a ‘champion’ and praised his marvelous effort on-field. He wrote:

“A brilliant game by @imjadeja well done champion, you were marvelous on the field today. Kudos to you”

A brilliant game by @imjadeja well done champion, you were marvelous on the field today. Kudos to you ? https://t.co/rLIlibUeGD