Before the game started, Lucknow Super Giants captain KL Rahul won the toss and decided to ball first. With the return of David Warner to their side, Delhi Capitals were looking forward to a great opening from the star batter. However, the great start came from Prithvi Shaw and not from David Warner.

David Warner walked out to open the innings for Delhi Capitals along with Prithvi Shaw.  However, the Australian superstar cricketer couldn’t make a big impact with the bat and was dismissed after scoring only 4 runs. 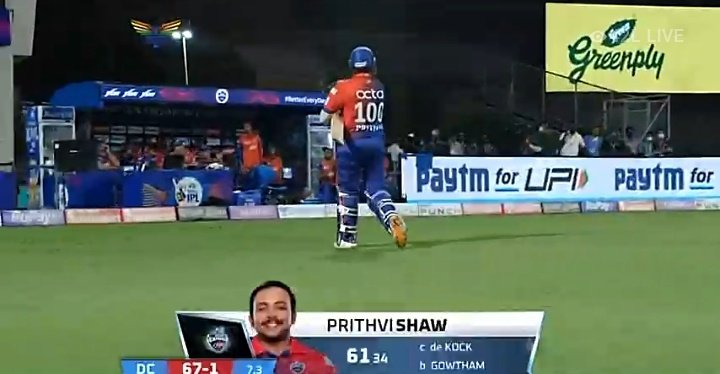 Well, the DC opener has been going through a lean patch in IPL, having scored a couple of low scores in the first two matches — 38 and 10. He was struggling against short-ball and was failing consecutively to execute the pull shot against pacers.

Shaw scored 34-ball 61 which included 9 fours and 2 sixes. He was finally dismissed when he edged one from K Gowtham to Quinton de Kock.

Meanwhile, fans on social media were thrilled with the stunning return of the Indian opener. In no time,  social media was filled with amazing reactions to the knock. There were many who came up with hilarious memes and jokes to it.

Here, check out some of the hilarious memes we found on Twitter:

Meanwhile Warner and Umpire in front of Prithvi Shaw#DCvsLSG pic.twitter.com/d036Vj9Rqf

Both openers r gone after powerplay where #PrithviShaw made 61 in 34 #Warner 4 in 12 match summary till now be like ? #LSGvDC #dcvlsg #IPL2022 pic.twitter.com/tfs2SOMJcK

Can Mumbai Indians Qualify For The Play-Offs After Losing First 3 Matches?