After giving a top-class all-around performance against Chennai Super Kings in his previous match for Punjab Kings on Sunday, Liam Livingstone continued with his brilliant form as he played another thunderous knock in the ongoing IPL 2022 games against Gujarat Titans at the Brabourne Stadium, Mumbai. 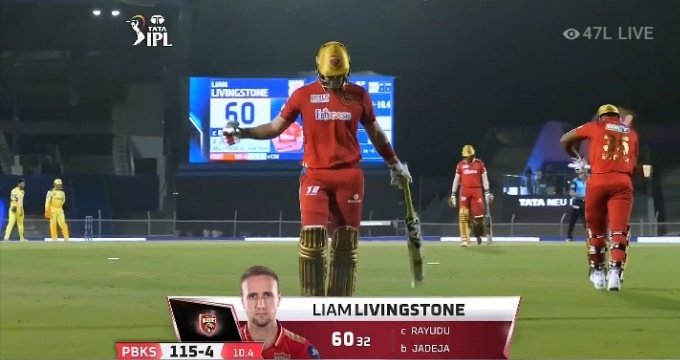 In Punjab Kings’ first two games of IPL 2022, Livingstone couldn’t really find his form however in his third game against CSK, he found his mojo back and gave a crucial performance.

In his previous game against Chennai Super Kings, Liam had smashed his maiden IPL fifty in which he smashed 5 sixes and 4 fours. Apart from scoring some quick runs for his side, he also picked two crucial wickets of DJ Bravo and Shivam Dube in successive deliveries.

Now coming into the ongoing game against Gujarat Titans on Friday, all eyes were on Liam Livingstone, He was in a devastating form as he smashed the second-fastest fifty of the ongoing 2022 edition of the Indian Premier League, reaching the landmark in just 21 balls. 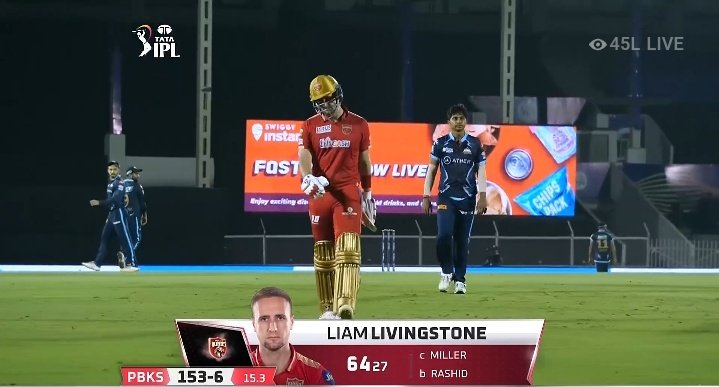 Coming out to bat at 4th position, Liam Livingstone played an exceptional knock of 64 runs off 27 balls, which included 7 fours and 4 sixes. He was eventually dismissed by Rashid Khan and was caught by David Miller, who made no mistake.

Meanwhile, fans on social media were thrilled after another sensational knock by Liam Livingstone. From cricketers, experts to fans, everyone came up with amazing reactions to the brilliant performance of the cricketer.

Fifty by Liam Livingstone in just 21 balls. What a thunderous knock by him, he's been awesome since last game.

There is power with the bat……And there is Liam Livingstone at the crease. Wow!

Liam Livingstone is justifying every single penny of that 11.50cr paid to him by #livingstone #GTvsPBKS

Great fifty from Livingstone. If he can recreate this form in the IPL, away from English pitches, then we'll know how good he is

If there was an exam for self belief, Livingstone would have got 100 out of 100.

Despite his lack of form, I would have opened with him in the T20 WC SF. Loads of self belief.

Liam Livingstone is finally showing us what he is known for.
Brutal hitting!#PBKSvGT #IPL2022 #LiamLivingstone #TATAIPL pic.twitter.com/Vyx3M2ggyN

That’s a six by Livingstone, good effort by Hardik Pandya

Livingstone plays the game in his own world . He doesn’t care if there are wickets falling at the other end .???