He came, he saw, he conquered! Chennai Super Kings (CSK) batter Shivam Dube brought absolute carnage at the Dr. DY Patil Sports Academy, Navi Mumbai along with his batting partner Robin Uthappa as they together rained fours and sixes at the venue.

It was an absolute delight for the fans of Chennai Super Kings, who were desperately looking for redemption after their team’s back-to-back defeats in the ongoing IPL 2022.

As the match kickstarted, the Ravindra Jadeja-led CSK were invited to bat first by Faf du Plessis, who won the toss and elected to field first. However, the team lost Moeen Ali and Ruturaj Gaikwad early in the innings. The Yellow Army was once again looking in a spot of bother after getting a scratchy start for the fifth time in the ongoing season, however, Shivam Dube had other plans. 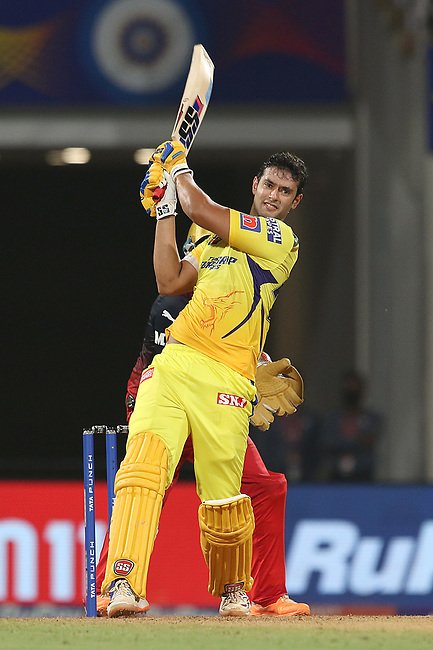 Shivam Dube walked out with all-guns-blazing and started firing from the first ball itself. Dube played a blinder as he smashed the talented bowlers of RCB to all the corners of the ground. He played one of the best knocks of his life, something that the CSK fans won’t forget for a long time. He delivered when his side needed him the most, however, he missed out on a much-deserving century as he fell short of just 5 runs.

He remained unbeaten on 95 runs that came off in 46 balls. His stellar knock was laced with 5 fours and 8 sixes. He was well supported by Robin Uthappa, who amassed the highest scores of his IPL career.

Meanwhile, as he was walking back to the pavilion along with the former captain MS Dhoni after the innings, he received a standing ovation from the Chennai Super Kings’ squad. It was a beautiful gesture from the team as they applauded the young talent for his amazing performance. 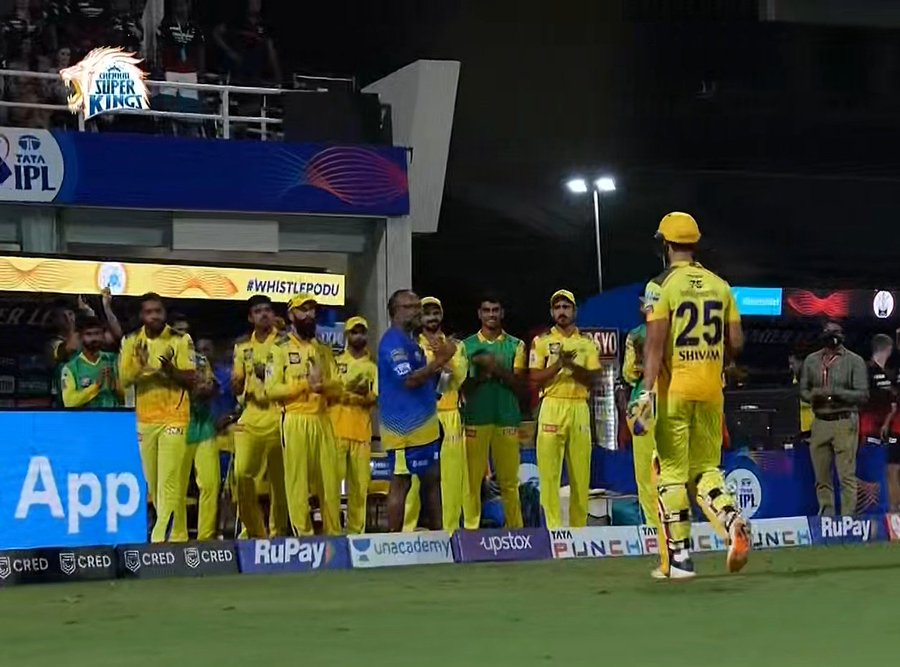