Harsha Bhogle Shared A Warning Tweet For CSK Fans: Chennai Super Kings (CSK) suffered their 4th consecutive defeat as they remain winless in the ongoing 2022 edition of the Indian Premier League. The Ravindra Jadeja-led side locked its horns against another struggling team, Sunrisers Hyderabad (SRH) on Saturday at the  DY Patil Stadium, Navi Mumbai.

Chennai Super Kings could only manage to put up a score of 154 on the scoreboard after being asked to bat first. CSK’s openers failed to convert their starts into big scores. While Robin Uthappa managed 15 off 11, on the other hand, Ruturaj Gaikwad was dismissed for 16 off 13.

SRH bowlers kept the CSK batters at the bay by picking wickets at regular intervals. Moeen Ali was the top scorer for his side with his 35-ball 48, but, other batters couldn’t contribute much with the bat. 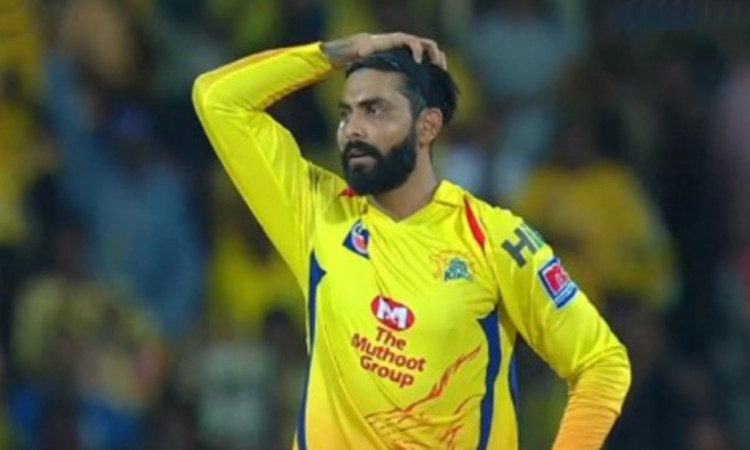 However, the total of 154 runs wasn’t going to be enough and SRH successfully chased down the target runs. CSK bowlers tried their best but failed miserably to defend the total as they kept looking for a wicket throughout. SRH opener Abhishek Sharma’s blistering knock of 75(50) helped SRH sail past CSK, giving them their fourth defeat of the season.

CSK remains winless in the IPL 2022 so far and will continue their hunt for their maiden win of the season. They now sit at the second last position in the points table, with four defeats on the trot.

Meanwhile, commentator and cricket analyst, Harsha Bhogle took to his Twitter and expressed his thoughts on CSK’s disastrous run in the ongoing tournament. In his Tweet, Bhogle wrote how CSK wasn’t in the game and this is the most worrisome thing. He wrote:

“I fear #CSK fans will find this a long #IPL. It isn’t just that they lost, it can happen, but they weren’t in the game. And that is worrisome.”

I fear #CSK fans will find this a long #IPL. It isn't just that they lost, it can happen, but they weren't in the game. And that is worrisome.