Mumbai Indians‘ young and talented batter Tilak Varma has impressed one and all with his performances in the ongoing 2022 edition of the Indian Premier League (IPL).

In his debut match itself, Tilak had smashed a quickfire knock of 22 runs off 15 balls against Delhi Capitals. The stellar knock was followed by another powerful knock of 61 runs off 33 balls, courtesy of five sixes and three fours, against Rajasthan Royals on Saturday. His wide range of shots has garnered him praises from all corners.

He played a crucial role for his side in the game and became the youngest player to score a half-century for the Mumbai Indians, at 19 years and 145 days. Before he was roped in by Mumbai Indians for ₹1.7 crores at the IPL mega auction in February. Tilak had featured in just four first-class, 15 List A, and 15 T20s for Hyderabad. 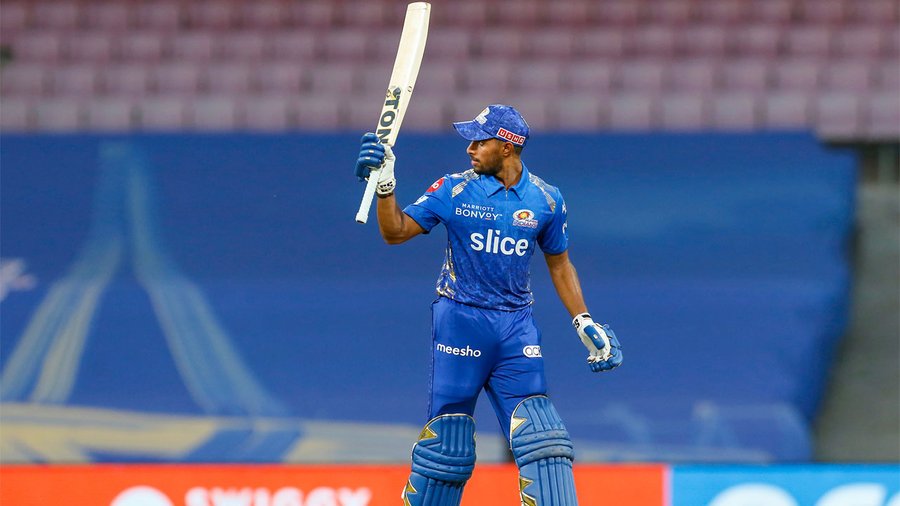 While Mumbai Indians are still struggling to open their account in the ongoing IPL 2022, the 19-year-old has turned out to be a promising talent for the side.

On Wednesday, as Mumbai Indians and Kolkata Knight Riders are locking horns with each other, Tilak Varma once again played a crucial and unbeaten knock of 38* runs off 27 balls. This knock came when Mumbai Indians were struggling to play KKR bowlers as they had already lost their important top-order players.

During his knock, the 19-year-old Tilak Varma faced the World’s number 1 Test bowler at the moment – Pat Cummins, however, he tackled him wonderfully and smashed him for 6,0,1,4,1 in an over.

Talking about Pat Cummins, the cricketer who is playing his first game of IPL 2022 picked two crucial wickets for Mumbai Indians. It will be interesting to see whether MI will be able to open their account with a win in this ongoing game.

IPL 2022: Suryakumar Yadav Is Back And Mumbai Indians Fans Are Going Berserk