The ongoing match is special for more than one reason. While the fans got nostalgic with Faf du Plessis leading RCB against the team for whom he played throughout his IPL career, on the other hand, Virat Kohli and MS Dhoni, two of the biggest cricketing stars of the nation are also up and against each other.

Meanwhile, among all the excitement and thrill, the RCB players were spotted with black armbands during their match. The same has left the fans curious. 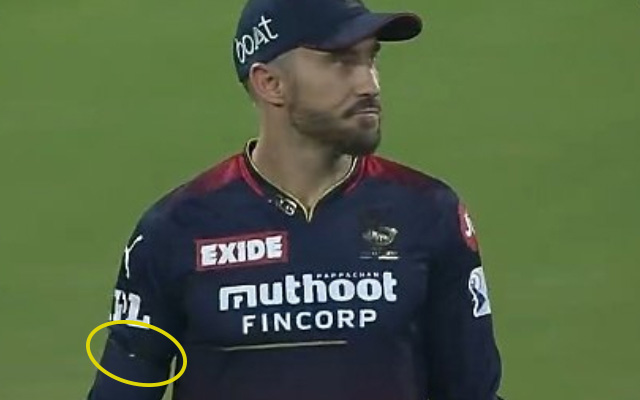 Well, as the match began, the players of the Royal Challengers Bangalore were spotted with black armbands during their match against Chennai Super Kings to pay homage to teammate Harshal Patel’s sister Archita Patel, who passed away on Saturday.

For the unversed, Royal Challengers Bangalore fast bowler Harshal Patel had to leave the IPL 2022 bio-bubble after his sister passed away. Harshal left the bio-bubble after the game against Mumbai Indians on Saturday in Pune. For the same reason, he is not playing in the ongoing match against Chennai Super Kings.

“Unfortunately, Harshal had to leave the bio-bubble due to a death in his family. It was his sister. He did not take the team bus back to Mumbai from Pune,” said an IPL source.

“He will be rejoining the bubble before the next game against CSK on April 12.” The star pacer has been a key figure in RCB’s ongoing campaign in the ongoing 2022 edition of the Indian Premier League. So far, in the ongoing season, Harsha Patel has picked six wickets in four matches at a stunning economy rate of 5.50.