The KL Rahul-led side has played three games so far in the ongoing 2022 edition of the Indian Premier League and in all the three games, Ayush has stepped up and has played some crucial knocks for his side. He has been making every opportunity, that he is getting playing for LSG, count with his performances.

On his debut match, which was against Gujarat Titans, Ayush played a stunning knock of 41-ball 54. In the following game, he once again showed nerves of steel by playing a crucial role in the massive run-chase against Ravindra Jadeja-led Chennai Super Kings. All thanks to his cameo, his side registered their first-ever win in the IPL.

On Thursday, playing his third game against Delhi Capitals, Ayush played another little gem to take Lucknow over the line in a tight game. Though, he played only three balls but he left a mark on the game. He scored 10 off three balls, which consisted of a stunning six and a four.

Meanwhile, Lucknow Super Giants’ skipper KL Rahul is left in awe of this young talent. Having witnessed Badoni’s calm and composed approach towards games from very close, KL Rahul has showered praises on the young lad from Delhi. 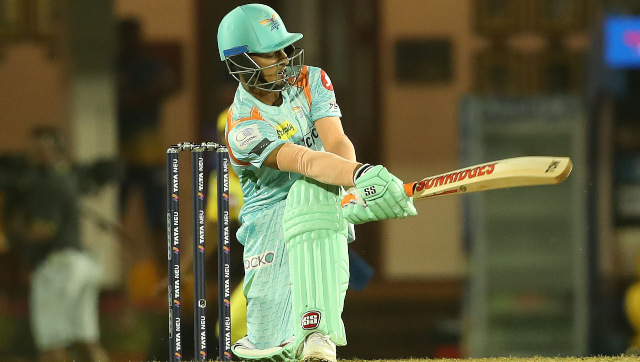 After the game against DC, during the post-match presentation, KL Rahul said: “He (Badoni) has held his nerve everytime he has gone into bat and he’s delivered for us under pressure. Great learning for him, important for him to keep working hard and stay humble. Been a complete team effort so far. The way everyone has stepped up has been brilliant,”

Earlier, impressed with his stroke-plays, Rahul had also given Ayush Badoni the nickname “Baby AB”. He had said:

“He’s baby AB. He has been phenomenal from the first day. For a little boy he packs a punch and plays 360 degrees, so happy for him as he grabbed the opportunity. It was not ideal for him to walk out with us four down but he did well under pressure and hopefully he can continue doing that,”

IPL 2022: How To Watch PBKS vs GT Online Free And Paid