Liam Livingstone has been receiving praises from all corners for his terrific all-around performance for Punjab Kings in IPL 2022 game against Chennai Super Kings. Riding on his amazing performances, Punjab Kings recorded their second win of IPL 2022.

Liam Livingstone, who turned out to be the most expensive overseas player in the 2022 IPL auction at £1.1m, was named player of the match for his all-around show. With the bat, Liam had smashed 60 runs off 32 balls, including the sensational 108-meter six.

Liam Livingstone found himself at the center of attention as he not only shone with the bat but also did a commendable job with the ball in hand. Not just this, the cricketer also showed great athleticism as he picked a stunning catch during the game. After the game, Liam got candid in an interview with Punjab Kings’ reporter Dhiman and the video of the same has been going viral on the internet. 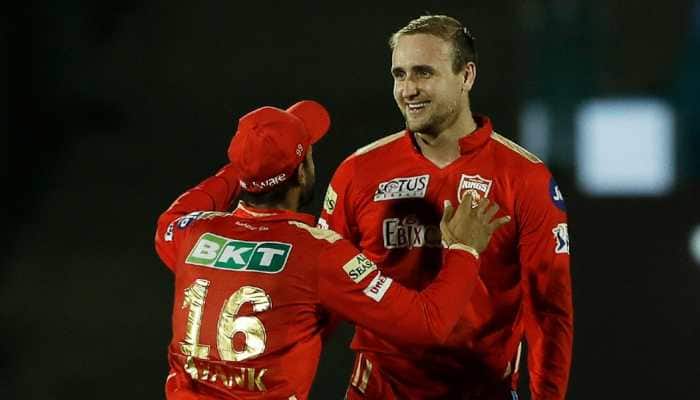 Well, Punjab Kings via their official Twitter handle, shared a video of their players giving a candid interview to ‘Reporter Dhiman’ while traveling back to the hotel from the stadium. In the video, Reporter Dhiman asked Liam Livingstone whether his teammates are teaching him any Punjabi words. She asked: “So are they teaching you any Punjabi words?”

Reporter Dhiman resumed her duty when our ?s made their way back to the hotel room after a thumping win.

Also Read: Ishan Kishan Revealed How MS Dhoni Stressed Him Out During A Match