Fantasy Cricket Tips For SRH vs LSG: Having started the tournament with a horrific loss, Sunrisers Hyderabad will look to get off the mark on the points table when they face the Lucknow Super Giants on Monday evening at the DY Patil Stadium for match 12 of IPL 2022. On the other hand, LSG got their first points with a win over Chennai Super Kings after losing to Gujarat Titans.

On the back of a stunning assault from Evin Lewis, LSG chased down 211 against a depleted CSK bowling attack to register their first win of the tournament. The Sunrisers, though, were completely outplayed by Rajasthan, falling short by 61 runs of the target of 211.

Two of the three games at this ground so far have been high-scoring. The last one where Mumbai Indians looked on course to chase down 194 before a collapse against RR’s spinners. Batters will be expected to enjoy the surface, especially in the second innings with dew making things easier for them.

LSG have been further bolstered by the availability of Jason Holder and Kyle Mayers, both out of quarantine now having arrived late after the Test series against England. The franchise will continue to be without Marcus Stonis who will be coming from Pakistan.

KL Rahul will have a conundrum at his hand about getting in Holder in the eleven: de Kock and Dushmantha Chameera have been brilliant so far while Andre Tye and Evin Lewis showed their strengths against CSK. Holder, who brings a complete all-round skillset, could likely replace Tye as LSG struggled to contain runs against CSK in the powerplay. 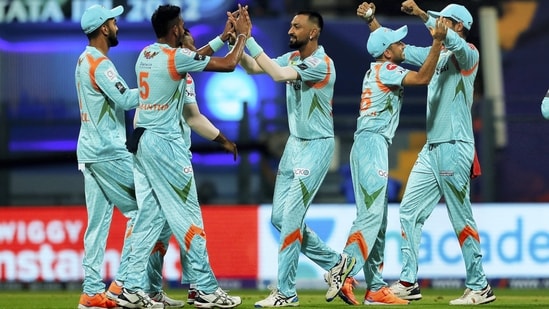 For SRH, only Sean Abbott is unavailable for selection until April 5th. Rest, Kane Williamson has all other players in the squad at his disposal.

Despite a poor performance against RR, SRH are expected to stick to the same eleven, although Marco Jansen could come in for Romario Shepherd. Fantasy cricket tips: In conditions where swing is not on offer, you can risk dropping Bhuvneshwar Kumar and instead go with the pace of Umran Malik. KL Rahul, once again, seems the safest captaincy option. Ravi Bishnoi is a good vice-captaincy option if LSG bowl second.

Nicholas Pooran has been in poor form in the IPL since last year and can be excluded from your fantasy eleven. If Jason Holder comes in the eleven, you can include him in your fantasy side by replacing Chameera or Malik.