Fantasy Cricket Tips For LSG vs DC: In the game 15 of IPL 2022, Lucknow Super Giants, who are now moulding into a solid unit, will meet the struggling Delhi Capitals. This exciting clash will take place at the DY Patil Stadium on Thursday, April 7th.

After losing their first game to the other debutant, Gujarat Titans, LSG bounced back with a record chase of 211 against Chennai Super Kings, and followed it up with a close 12-run win over Sunrisers Hyderabad earlier in the week.

Delhi Capitals have played two matches so far and had areas of concern in both: they were saved by a miraculous partnership between Axar Patel and Lalit Yadav against Mumbai Indians in their first game, before they were convincingly defeated by the Gujarat Titans. Here we bring you the best fantasy cricket tips for this thrilling match:

All-rounder Marcus Stonis is unlikely to play in Thursday’s game as he featured in Tuesday’s Australia-Pakistan T20I and will be required to undergo a three-day quarantine period.

LSG, though, won’t mind much as both their batting and bowling have clicked well in the last two matches.

They are expected to stick with the same eleven that downed SRH when Jason Holder’s inclusion has strengthened their death bowling. Manish Pandey’s form – 22 runs in 3 matches – is a concern, but expect Gautam Gambhit, the LSG mentor, to continue with his former KKR teammate.

The Delhi Capitals have been given a massive boost as star opener David Warner is out of quarantine and available for selection. Warner will slot straight in the eleven for Tim Seifert, who has managed 24 runs in 2 matches.

Further, head coach Ricky Ponting had said that fast bowler Anrich Nortje “bowled at 100% in the warm-ups” and “should be ready to go” for the game against LSG. The South African’s return to full fitness is a big shot in the arm for the Capitals and he is likely to replace Khaleel Ahmed. Mitchell Marsh, though, will sit out another game as he recovers from a hip injury. 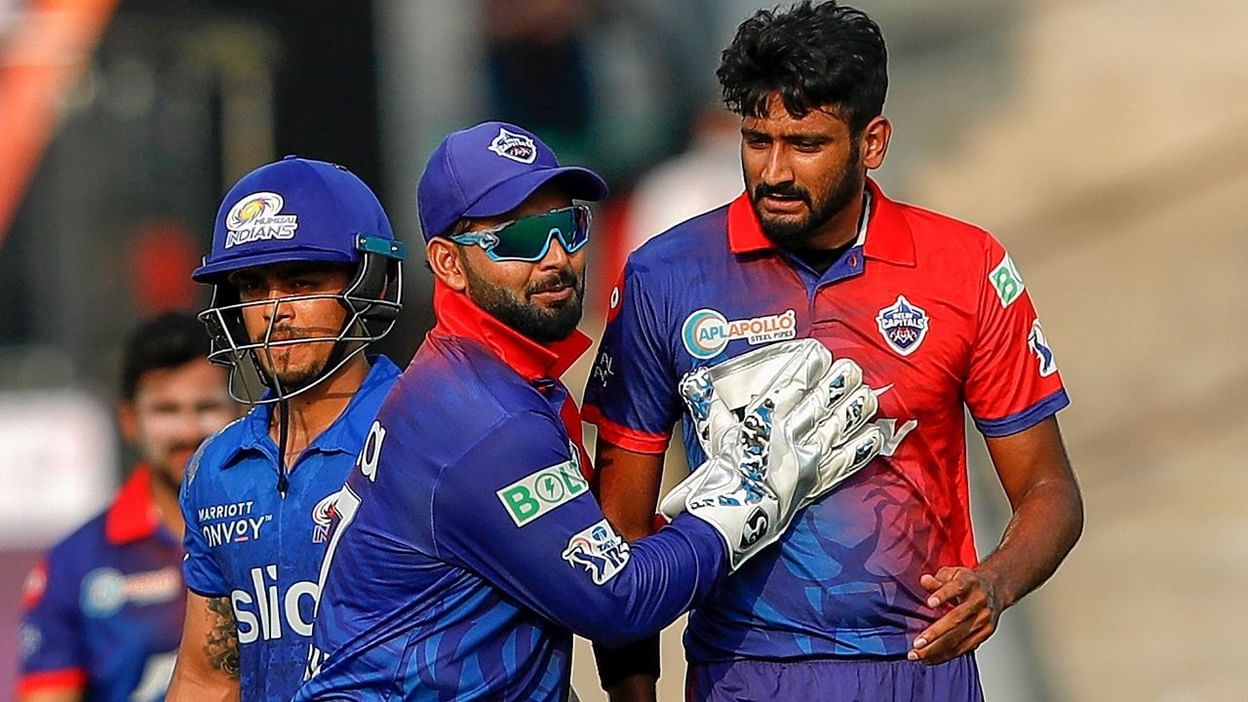 The out-of-form Mandeep Singh, also, could be dropped for Sarfaraz Khan, who has had a terrific domestic season.

It’s been a high-scoring ground, the DY Patil Stadium, with dew also playing role in captains deciding to chase. However, two of the four games so far here have been won by teams batting first. Fast bowlers once again are expected to take more wickets than spinners as dew makes its impact.

Fantasy cricket tips: There are plenty of options in the wicket-keeper section but you can drop either Pant or Quinton; chasing will be easier so perhaps go with the one batting second.

Since DC has a strong fast-bowling attack after inclusion of Nortje, KL Rahul is not a safe captaincy choice anymore. For captaincy choice, the fast bowler which bowls in the first innings, especially in the death, will be a suggested one.

Based on the above fantasy cricket tips, here is the best XI for LSG-DC on Dream XI: