Rahul Tewatia on-strike, a Caribbean bowler of Punjab Kings at the other end, we have seen this scene before, and the ‘epic’ scene was recreated again in the just-concluded IPL 2022 game between Gujarat Titans and Lucknow Super Giants. Rahul Tewatia gave a perfect silver-lining finish to the nail-biting thriller match at the Brabourne Stadium, Mumbai.

Punjab Kings had set a target of 190 runs for Gujarat Titans in 20 overs. The Hardik Pandya-led side needed 19 runs from the last over to continue with their winning streak in the ongoing IPL 2022. 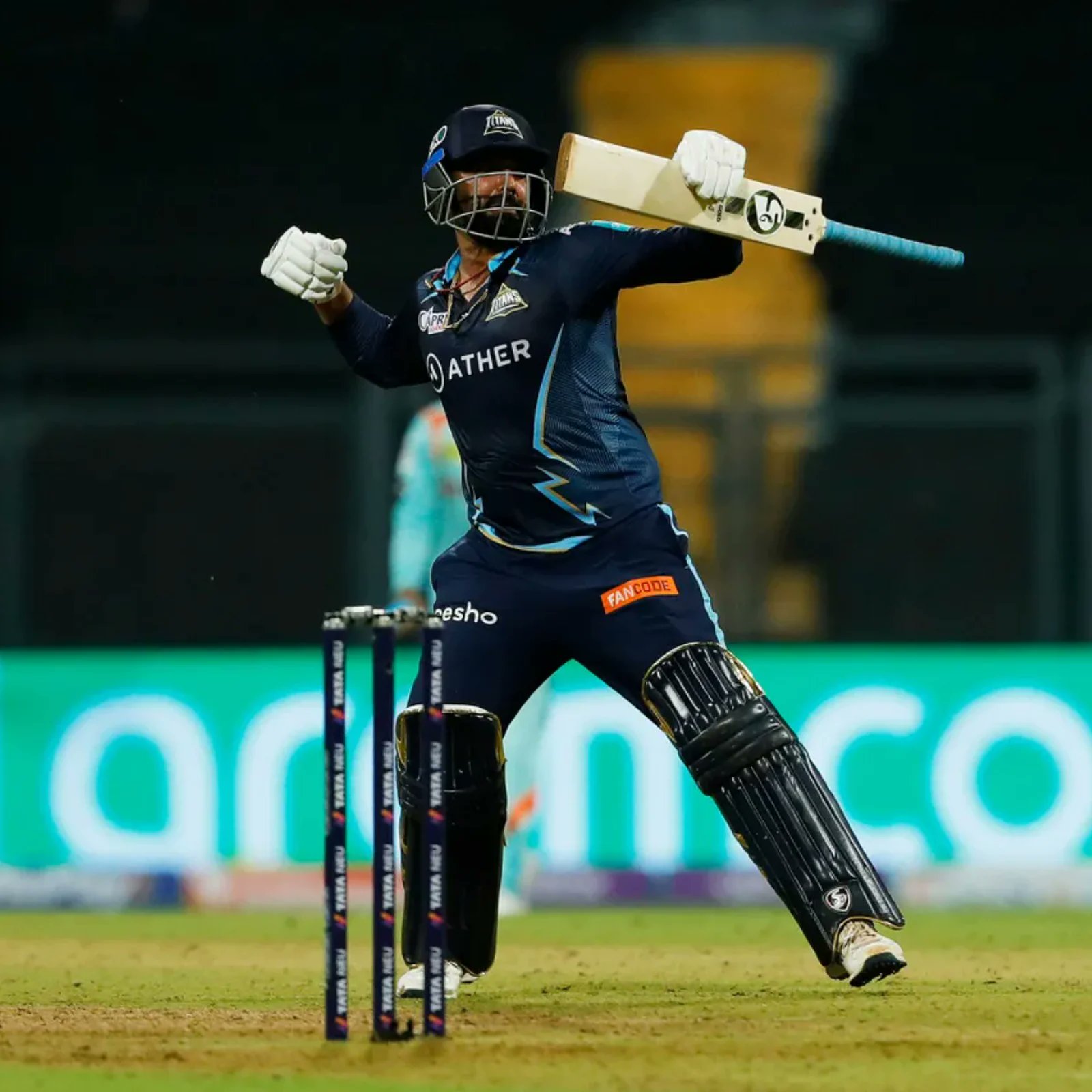 However, their woes were compounded after Pandya ran himself out. David Miller gave some hope by smashing a four and stealing a quick single, which brought Rahul Tewatia to face the last two balls of the game.

Gujarat needed 12 runs off the last two deliveries and Rahul Tewatia smashed both of them out of the park to extend his side’s winning run in the ongoing IPL 2022.

Betraying no nerves, as though he was out in a very tough situation, he waited for the Caribbean quick Odean Smith and smashed him for two back-to-back sixes. He played a stunning cameo of 13 runs off 3 balls and turned the tables for his side.

It has to be noted that, apart from MS Dhoni, Rahul Tewatia is the only players to win the game from 12 from 2 balls in the history of IPL.

Meanwhile, fans, cricketers, and experts are left in awe of Tewatia and his amazing finishing skills. Among many, former Indian cricketer Mohammad Kaif also joined the bandwagon and came up with an epic Tweet, hailing the brilliance of Rahul Tewatia.

In his Tweet, Mohammad Kaif gave a reference to the Titanic and joked how if Tewatia was on Titanic he wouldn’t have let it sink as well. He wrote:

Forget Titans, if Tewatia was on Titanic even that wouldn't have sunk. #GTvsPBKS

IPL 2022: 10 Tweets That Describe The Madness Created By Rahul Tewatia

PBKS vs GT: 10 Best Tweets On The Match Ruled By Rahul Tewatia